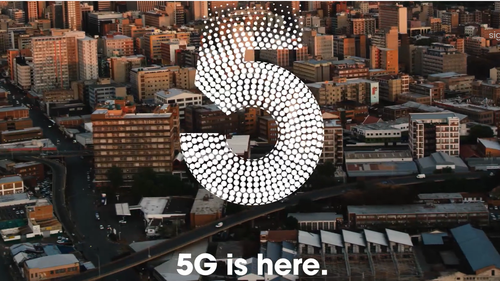 Competitive South African operator Rain has launched a commercial 5G-based fixed wireless access (FWA) broadband service in parts of Johannesburg and Tshwane, and says it will take the service to further locations, including Cape Town, Durban and "other major urban areas" during the next 12-15 months.

Rain's new service, the first commercially available 5G service in South Africa, is an alternative to fixed-line broadband. It is offering downstream broadband speeds of up to 700 Mbit/s via a wireless connection delivered using technology based on 5G standards and over the operator's licensed 3.6GHz spectrum. While it's possible that headline speed might be possible for some users occasionally, average downstream speeds for Rain's 5G FWA customers will average out at much less, with local media reporting Rain's Chief Marketing Officer Khaya Dlanga as saying that connections running at 200 Mbit/s would be more commonplace.

Rain's website makes it clear what the service provider is now offering in parts of Johannesburg and Tshwane...
The wireless broadband signal is received in the user's home by a 5G home router (from Huawei), to which multiple devices can be connected via WiFi. The service costs R1,000 (US$67.15) per month, which, while not cheap, is competitive with fixed-line broadband alternatives from ISPs.

The operator announced its 5G network rollout earlier this year, with China's Huawei Technologies and Finland's Nokia as its main technology partners, but at that point it wasn't ready to launch a commercial service. (See Rain Boasts 5G Network Launch in South Africa.) 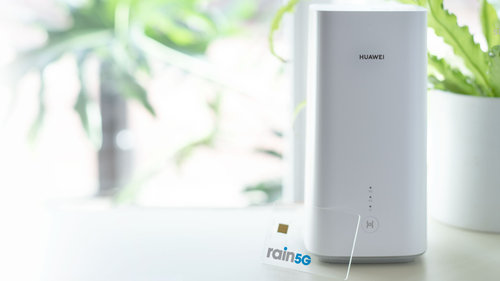 Huawei is an important tech partner for Rain.

South Africa has been a hotbed of 5G activity during the past few years, with MTN and Vodacom both putting the technology through its paces. (See Vodacom Shows Off 5G's Potential, MTN Takes Its 5G Tests Outdoors and MTN Tests 5G at Sports Arena.)