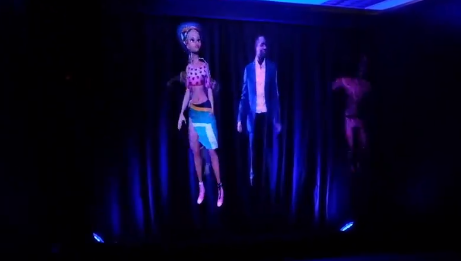 The live demo, which involved the first instance of a hologram being transmitted over a commercially ready 5G network in Africa, was successfully completed at this year's "Durban July" horse racing event on Saturday using LG's V50 ThinQ 5G smartphone and was carried using Nokia's AirScale 5G radio network solution.

During the demonstration, live karaoke performances of guests at the Vodacom paddock were streamed over a 5G network that was set up at the racecourse and then reproduced in real time using hologram technology.

"The applications of hologram technology are virtually endless, ranging from medical imaging and video conferencing to gaming. 3D holographic communication requires about four times as much data as a streamed 4K video. That means that only 5G has the speed and low enough latency to support this kind of application on a mobile network," Vodacom noted.

Holograms were transmitted over the 5G network.

Vodacom CTO Andries Delport said the hologram demonstration revealed just a small glimpse of what a 5G-enabled future could look like.

"Although we are still awaiting the allocation of 5G spectrum to launch the technology in South Africa, the future truly is exciting when we consider what we might be able to achieve once the requisite spectrum becomes available," Delport stated. 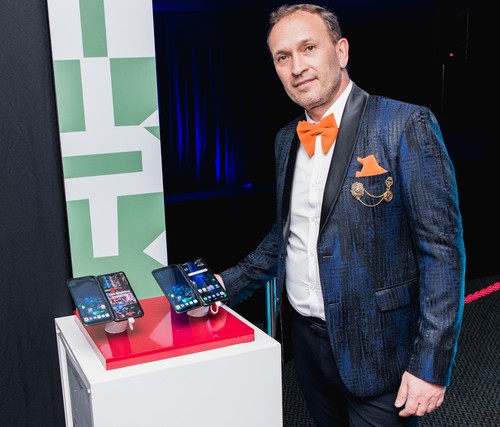 Vodacom CTO Andries Delport shows off his wardrobe during the 5G demos at the Durban July horse racing event.

The live demonstration over the weekend used a non-standalone network architecture with dual connectivity between the 4G and 5G networks, a set-up that conforms to the specifications set out in 3GPP Release 15. Vodacom also used its live transport and core network elements, which, the operator claims, have been upgraded for 5G readiness, including cloud core technology.

Vodacom was granted a temporary spectrum license by the Independent Communications Authority of South Africa (ICASA) of 100MHz in the C-band spectrum range (3.5GHz range) for the purposes of the demonstration at the Durban July. Vodacom said this spectrum band is well suited to providing good 5G coverage, unlike higher frequency bands such as mmWave (26GHz and above), which have poor indoor penetration characteristics.

The LG V50 ThinQ is one of the first commercially ready smartphones in the world. "The introduction of 5G in South Africa is sure to improve people's lives, and will contribute to jobs, entrepreneurship, and create overall economic opportunities. Strong collaborations will be required to accelerate 5G commercialization on the continent, and LG is ready to be a key player when 5G service becomes widely available in the region," said Deon Prinsloo, mobile general manager at LG South Africa.

"Once the spectrum is allocated, LG will introduce a range of leading 5G mobile phones ready to usher in a new era of connectivity in Africa," he added.

"We are proud to be part of this Africa-first feat with Vodacom and are committed to supporting the operator in bringing 5G services to the nation. It will pave the way for socio-economic growth and bridge the divide, with innovative use cases and revenue models," added Deon Geyser, head of the Southern Africa sub-region at Nokia.