Nigeria's Mobile Market Continues to Grow, as Do 9mobile's Woes 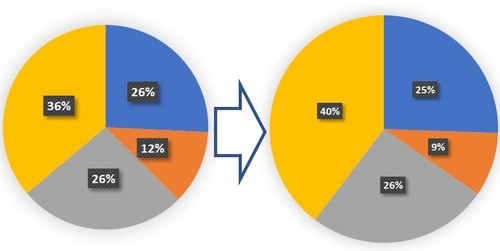 While Nigeria's total mobile subscription base grew by more than 24 million during the first 11 months of 2018, 9mobile, the country's fourth largest and trouble-plagued operator, lost 1.6 million subscriptions during the same period.

According to the latest industry statistics published by the Nigerian Communications Commission (NCC), the total number of mobile subscriptions on the books of the country's four mobile networks increased from 144.6 million at the end of December 2017 to 168.7 million by the end of November 2018. The biggest winner was MTN, gaining 14.7 million, which took its market share to nearly 40%. Airtel and Globacom grew their subscription bases by 5.9 million and 5.1 million respectively, and their market shares are almost neck and neck at 25.56% and 25.65%.

However, 9mobile's customer base shrunk from 17 million to 15.4 million, and its market share plummeted into single figures, to 9.1%.

To make matters worse, it wasn't only the total number of users that was shrinking at 9mobile: While the country's total mobile data user base (which delivers better margins than the voice user base) grew by 10 million to reach 108.5 million, 9mobile lost 1.3 million data users.

The uncertainty surrounding 9mobile's financial and ownership position during the past few years has clearly not helped. But that uncertainty looked to have come to an end when Teleology, the preferred bidder for 9mobile during a year-long M&A drama, finally assumed the ownership in mid-November, when new board was set up. (See Teleology in Driving Seat to Buy 9mobile, Sale of Nigeria's 9mobile in Turmoil and Teleology Closes In on 9mobile Acquisition.)

Mohammed Edewor, one of the new non-executive directors, noted at the time that, "following the successful completion of the tenure of the former board appointed by the Central Bank of Nigeria (CBN) and in fulfilment of the consequential transfer of final ownership, Teleology Nigeria Limited is now the new investor. We thank all out-going members of the board for helping to shepherd 9mobile through the critical transition phase it has passed through since July 2017 and wish them the very best in their future assignments."

However, by the beginning of December, it was reported that the new owners had not yet been granted the operational licence. The parliamentary committee on telecom was also challenging the decision to sell 9mobile to Teleology and urged the NCC to suspend the transfer.

The NCC then confirmed to the committee that the operational licence as well as the radio frequency were still with Emerging Markets Telecommunication Services Limited (EMTS), which trades as 9mobile.

"I want to assure this House that thec operational licence of EMTS as well as the spectrum, these two licences are still with EMTS. No requests have been made by any new owners," stated Prof. Umar Danbatta, the executive vice Chairman and CEO of the NCC.

The last thing 9mobile needs is for the confusion and uncertainty hanging over it to go on any longer. Until the overarching doubts are cleared, no new strategy will be able to be put in place, and that can only continue to undermine the operator's position in the market. Its new owners need to ensure that, especially in a growing market, 9mobile does not become an irrelevant player that is too hard to revive.