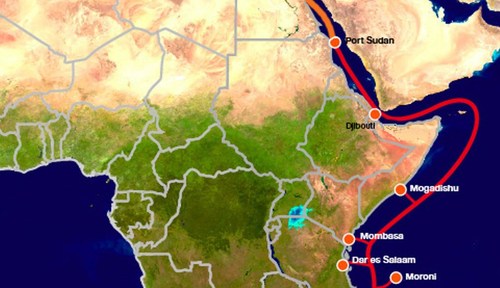 The economy of Somalia is losing about $10 million per day as the result of submarine cable damage that is severely restricting Internet access in a large part of the country, the country's communications minister told a press conference on July 8.

Updating the media on what he called a "major disaster," Post, Communications and Technology minister Abdi Anshur Hassan estimated that the country's economy had suffered cumulative economic damage of $130 million following damage to a subsea cable on June 26 that was likely caused by a ship in the Indian Ocean.

The cable is expected to be repaired by the end of this week.

The cable in question is part of the Eastern Africa Submarine System (EASSy), which runs down the continent's east coast and which is the only submarine network to land in Mogadishu, Somalia's capital. As a result of the cut, Internet access in central and southern parts of the country, including the capital, is unavailable. 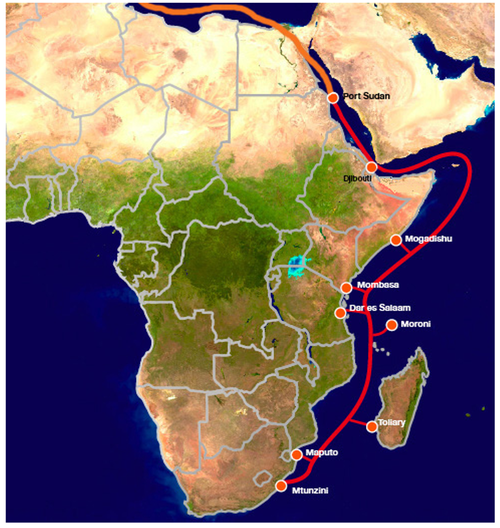 EASSY is the only subsea network that lands in Somalia.

Internet service providers (ISPs) in the north of the country (Somaliland and Puntland) have been able to continue to offer Internet access services as they connect to the global network via subsea cables that land in neighboring Djibouti, which is very well served by submarine network links. (See The Making of Africa's Most Strategic Bandwidth Hub and Africa Gets Another Subsea Link as AAE-1 Goes Live.)

Madagascar suffered a similar problem earlier this year when its link to the EASSy cable was also severed.