MTN's Nigeria IPO Looks to Be Back On Track 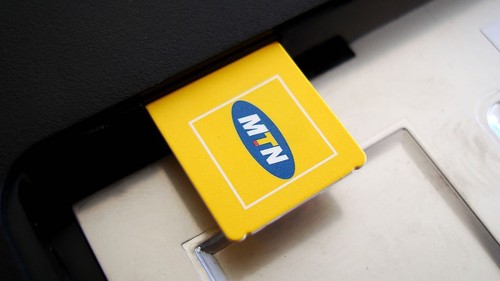 Following a tough few months of financial stand-off between MTN and the regulatory and banking authorities in Nigeria, the prospects for the long-mooted public listing of shares in MTN Nigeria once again look to be favorable.

According to a report by Nairametrics, Oscar Onyema, the CEO of Nigerian Stock Exchange (NSE), said "MTN listing will have a significant positive impact on the market. It will give investors something new and exciting to participate in." Onyema, who was commenting at the World Economic Forum in Davos, Switzerland, added: "It will give their subscribers an opportunity to take an ownership stake in the company, and, therefore, continue to do business with them."

The proposed listing of MTN's Nigerian operation has been long in the making. However, exactly two years ago, at Davos, Phuthuma Nhleko, MTN's then chairman and acting CEO, unofficially shelved the plan, saying the market conditions were not conducive to an IPO. Instead of the original plan to float the business in 2017, he told the media: "It's a work in progress and hopefully within the 12 to 18-month period we will be able to do it. Regulatory issues need to be resolved, and the macro conditions need to have improved."

Then, last year, those conditions deteriorated further for MTN, as the operator found itself in a dispute with the Central Bank of Nigeria (CBN), which was accusing the mobile operator of improperly repatriating US$8.1 billion worth of dividend payment out of the country between 2007 and 2015. The disagreement culminated in MTN taking the CBN, as well as the Attorney General's Office, to the Federal High Court in October 2018. (See MTN Goes to Court Over $10B Demands in Nigeria.)

After a series of meetings to resolve the issues, mediated by the monetary policy committee, the parties reached a settlement in late December whereby MTN agreed to pay a "notional reversal" of $52.6 million. In return, the CBN put measures in place to ensure similar disputes would not arise in the future. Referring to the settlement, MTN stated: "MTN Nigeria provided additional material documentation which satisfactorily clarified its remittances. The CBN upon review of the additional documentation concluded that MTN Nigeria is no longer required to reverse the historical dividend payments made to MTN Nigeria shareholders." (See MTN Settles $8.1B Spat with Central Bank of Nigeria.)

This looks to be bringing the latest chapter of MTN's run-in with the Nigerian authorities to a relatively amiable ending. It is far from being MTN's worst hit in its 17 years in Nigeria: In 2015, the operator was fined $5.2 billion by the Nigerian Communications Commission (NCC) for failing to disconnect inadequately registered SIM cards on its network. MTN managed to negotiate a sum of $1.7 billion to be paid in installments. The final installment will be paid in May 2019.

Meanwhile, MTN is facing problems elsewhere in its empire: The operator reported this week that three of its senior executives have been deported from Uganda, a development about which the company is "understandably concerned."