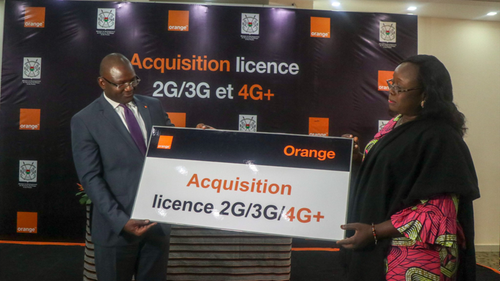 The license is the first 4G license awarded in the country: Orange will pay 80 billion CFA francs (US$140 million) for the licence, with half of the total submitted as a down-payment.

Orange was also granted renewals on its 2G and 3G licenses.

The 4G licence was awarded following a government decision to introduce technology-neutral licences, which would allow mobile operators to use the spectrum awarded to them to deploy 2G, 3G or 4G LTE networks. Having deployed its 2G network on the 900MHz band, and HSPA+ (3G) on 2100MHz, it is likely that Orange will use the 1800MHz spectrum it inherited from Bharti Airtel for its 4G+ services. Orange acquired the Airtel business in Burkina Faso in 2016 and the rebranding was completed in 2016: The application for a 4G licence was handed in by Airtel before the acquisition.

The 4G+ service will offer mobile broadband speeds "10 times higher than the rate of the 3G. This is what will fundamentally change to meet users' needs," stated Ben Cheick Haidara, the general manager of Orange Burkina Faso.

Having already undergone extensive testing, the operator is already marketing what it calls 4G+, saying that services with mobile broadband access speeds of up to 150 Mbit/s will be available in the capital Ouagadougou this month. The operator is already instructing its customers how to configure 4G connections on Android and iOS devices with videos on its Twitter account.

The government is also expecting social benefits from the new technology. "This (4G) will give the e-learning system a big boost, by which pupils and students can easily access educational resources," enthused Hadja Fatimata Ouattara, minister for Development of Digital Economy and the Post.

According to the ARCEP annual report for 2017 (the most recent data available), Orange had edged ahead of its main rival Onatel to be the market leader with 7.5 million customers, while Onatel had 7.2 million. Telecel was a distant third with 3.3 million mobile customers.