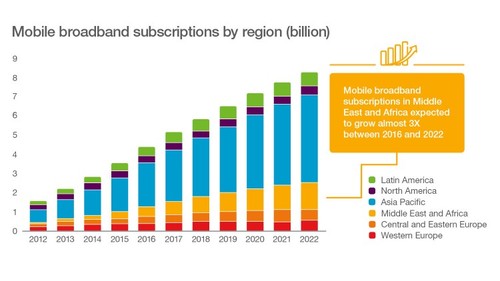 Africa is nearing the 1 billion mark for total mobile connections, according to statistics from the latest Ericsson Mobility report.

The next few years should see a dramatic shift away from GSM and EDGE (enhanced data for GSM evolution) connections in the broader Middle East and Africa region towards more 3G and 4G connectivity, believes the Ericsson forecasting team. "In Middle East and Africa, where the penetration of mobile broadband is currently lower than in other regions, the number of mobile broadband subscriptions is expected to increase significantly. Driving factors include a growing young population and more affordable smartphones. In mature markets, mobile broadband subscription growth is largely due to individuals connecting more devices," the team states in the report. 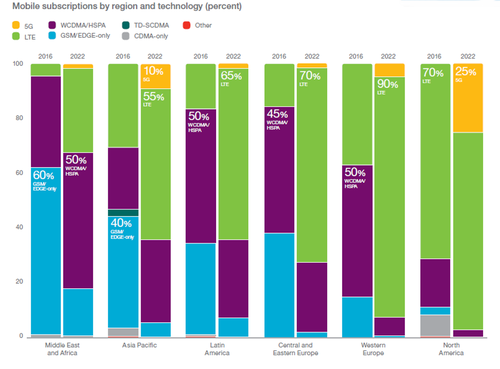 And as the table below shows, mobile data usage is expected to grow significantly.

For more from the Mobility Report, see Ericsson Eyes Half a Billion 5G Users by 2022