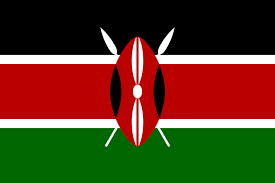 Kenyan mobile operators Airtel and Telkom are reportedly appealing the merger conditions set by the Competition Authority of Kenya (CAK) at the end of last year.

Business Daily reports that the operators are requesting a review of the authority's order not to cut staff within the first two years or sell any assets of the merged group within the first five years.

The two operators have been attempting a deal for years, but finally agreed on merger terms in February 2019. (See Telkom, Airtel finally get engaged.)

It's been a rocky road to merge the two operators, which hope to form a stronger rival to Kenya's dominant mobile operator, Safaricom, when combined. Safaricom has opposed the merger and other complications have held it up as well. (See Safaricom Sets Out Objections to Airtel-Telkom Merger and Airtel & Telkom Kenya Merger Suspended by Anti-Corruption Body.)

But last December the CAK gave its approval for the deal, adding on various conditions, one being that the operators cannot sell assets such as spectrum and operating licenses within five years of the closing of the deal. (See Airtel-Telkom Merger Approved by Kenya's Competition Watchdog.)

Airtel Africa's spokesperson confirmed to Connecting Africa that regulatory approval for the merger had been obtained from the Common Market for Eastern and Southern Africa (COMESA) and also noted conditional approval by the Communications Authority (CA) and CAK.

"Currently, the parties are in discussion with the regulator regarding the conditions proposed by the two regulators," the spokesperson said.

According to Business Daily, Telkom and Airtel have both written to the CAK in the hope it will lift the condition which bars the sale of the four frequency spectrum licenses and five operating licenses, including a submarine cable landing license. The telcos also reportedly want to be able to cut employees one year after they merge, as opposed to the Tribunal's two-year ruling.

As of June 2019, Safaricom commanded 63.5% of the Kenyan market while Airtel controlled market share of 24.6% and Telkom just 8.1%. (See Safaricom Is Losing Market Share to Airtel.)