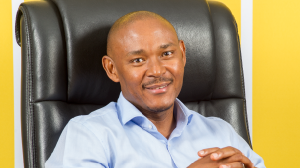 A number of senior management changes have been made at MTN Group, most notably the appointment of Charles Molapisi as the new Group Chief Technology and Information Officer (CTIO), effective 1 January 2019.

He replaces Babak Fouladi, who has left to become Chief Technology & Digital Officer (CTDO) at KPN, the national operator in The Netherlands.

Fouladi is quite the showman and has been a strong advocate of using emerging 'disaggregated' network infrastructure to help provide coverage in rural areas. He has also been at the helm of MTN's emerging 5G strategy -- he will be a tough act to follow. (See MTN Vows to Connect the Unconnected With Facebook-Inspired TIP Tech and MTN Takes Its 5G Tests Outdoors.)

Molapisi is currently CEO of MTN Zambia, where "his championing of a pro-customer positioning resulted in the company leading all competitors in customer experience metrics," according to the operator. He has more than 16 years of experience in both fixed and mobile telephony, and worked for Telkom and Liberty Life prior to joining MTN, where he held various senior management positions in MTN Nigeria before heading to Zambia.

As well as a new CTIO, MTN Group also has a new Group CIO in the form of Nikos Angelopoulos, who has already started the role in charge of Information Technology Design and Delivery. In his role, he is responsible for managing and maintaining the standard IT architecture across the Group, and, in line with the strategy, ensure that the company leads innovation and customer experience.

Angelopoulos has 25 years of experience in management consulting and working for telcos. He started his career with Accenture, during which time he worked with multiple cable operators and telcos in Europe, Asia and the US, helping them to launch digital television platforms and services. After Accenture, he joined Vodafone, where he held various senior management positions including CIO for Vodafone Italy and South Europe region and was a member of the Group IT Board. He joined MTN from UAE's Emirates Integrated Telecommunications Company (also known as du) where he was the Executive Vice President for IT & Product Engineering.

MTN has also appointed David Gilarranz as the CEO for MTN Digital. He has more than 28 years of experience in telecoms and digital services, having spent his early career in companies such as Verizon and Convergys. He later co-founded the company Cyclelogic, one of the early movers in the texting and mobile internet services space in the US. Gilarranz joined MTN from Millicom, where he was the VP: Digital and Innovation. As part of his job, Gilarranz will take responsibility for Simfy, which was recently acquired by MTN. (See AfricaCom 2018 Day 1: The Roads, the Chase & a Monoblock Phone and MTN unveils its first OTT service and roadmap for digital fortunes.)