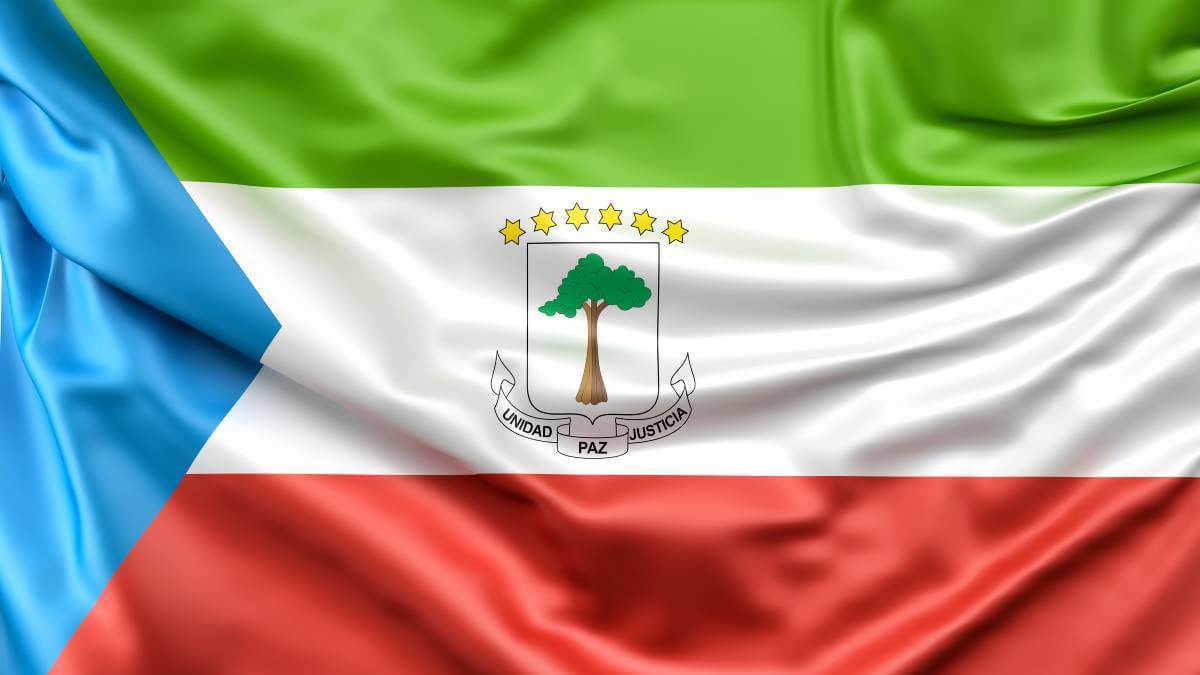 Equatorial Guinea has averted losing one of its main subsea connections to global telecoms infrastructure. This comes after the country was at risk of suffering an interruption of Internet services because of a delayed payment of its bill.

The country's vice president, Teodoro Nguema Obiang Mangue, spoke out on Twitter saying that the payment via the Bank of Central African States (BEAC), of which Equatorial Guinea is an affiliate, had not been authorized by the Bank of France.

The delays in the transfer of payment to Gestor de Infraestructuras de Telecomunicaciones de Guinea Ecuatorial (GITGE), could have left the country without Internet. 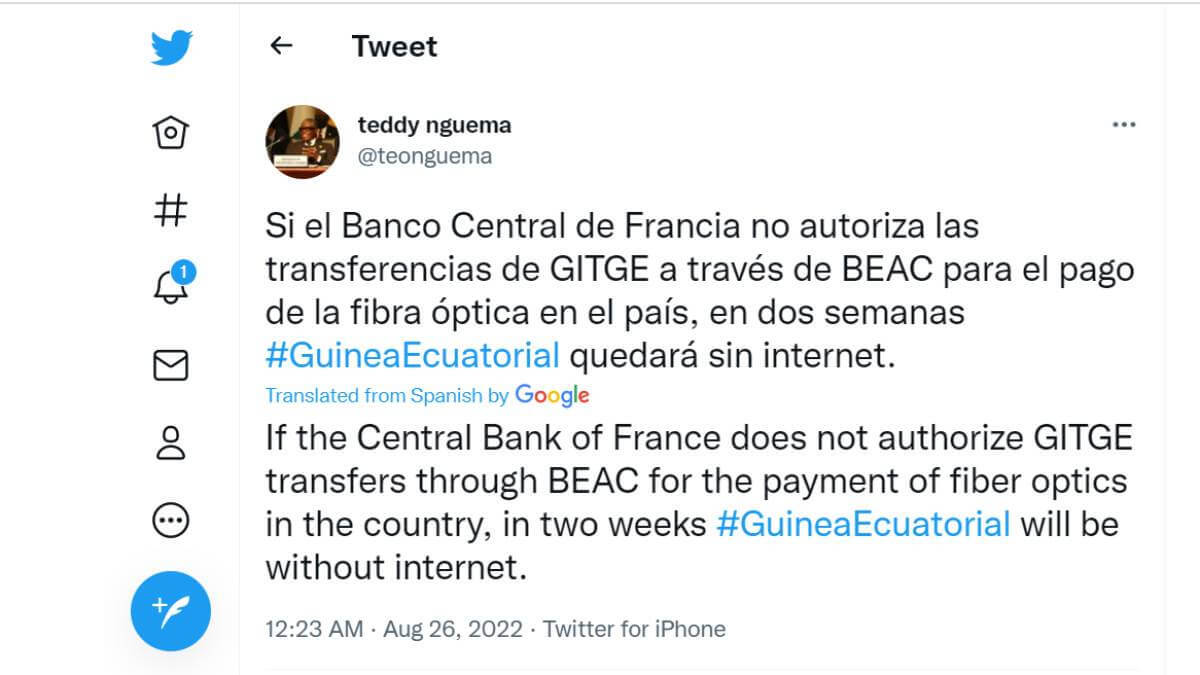 GITGE is the telco that is contracted to operate and maintain Equatorial Guinea telecommunications infrastructure.

According to Capacity Media, Nguema asked the country's prime minister, Francisco Pascual Obama Asue, to set up a commission to find a solution to the problem.

The telco said because of that intervention, it can now guarantee and normalize services and that the blockade had been lifted. 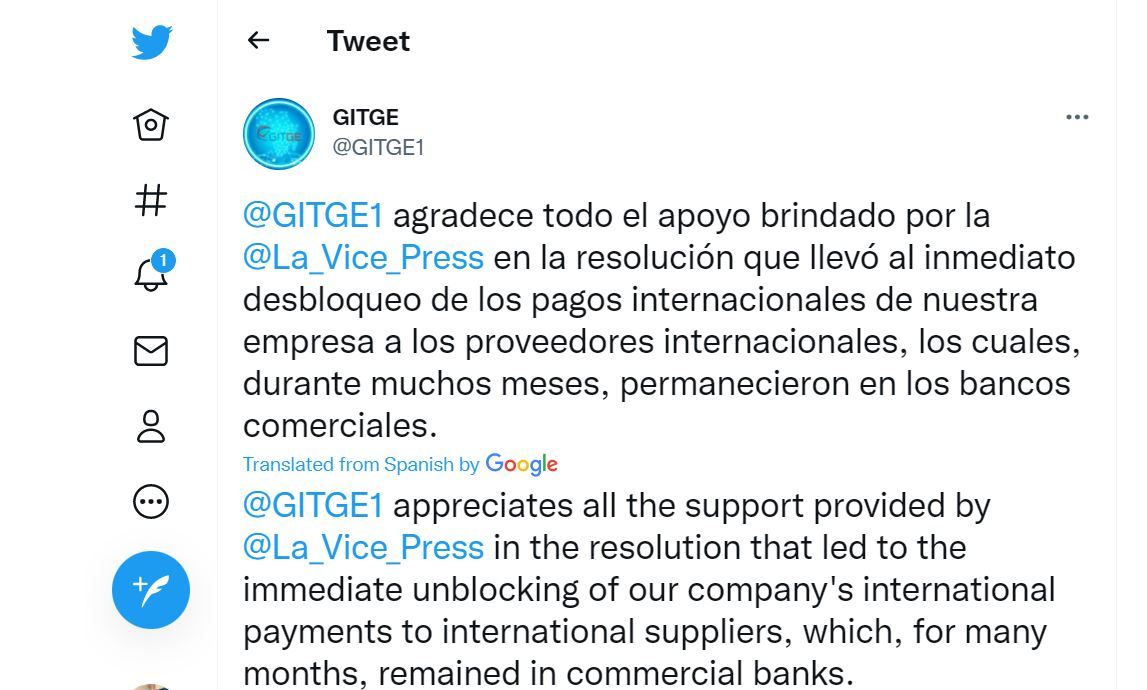 GITGE tweeted how it appreciated the government's intervention in unblocking the company's international payments. (Source: Twitter).

Local publication Guinea Infomarket, reported that the country's payment problems come from restrictions imposed by BEAC for transfers abroad to protect the currencies of the Economic and Monetary Community of Central Africa (CEMAC) zone. 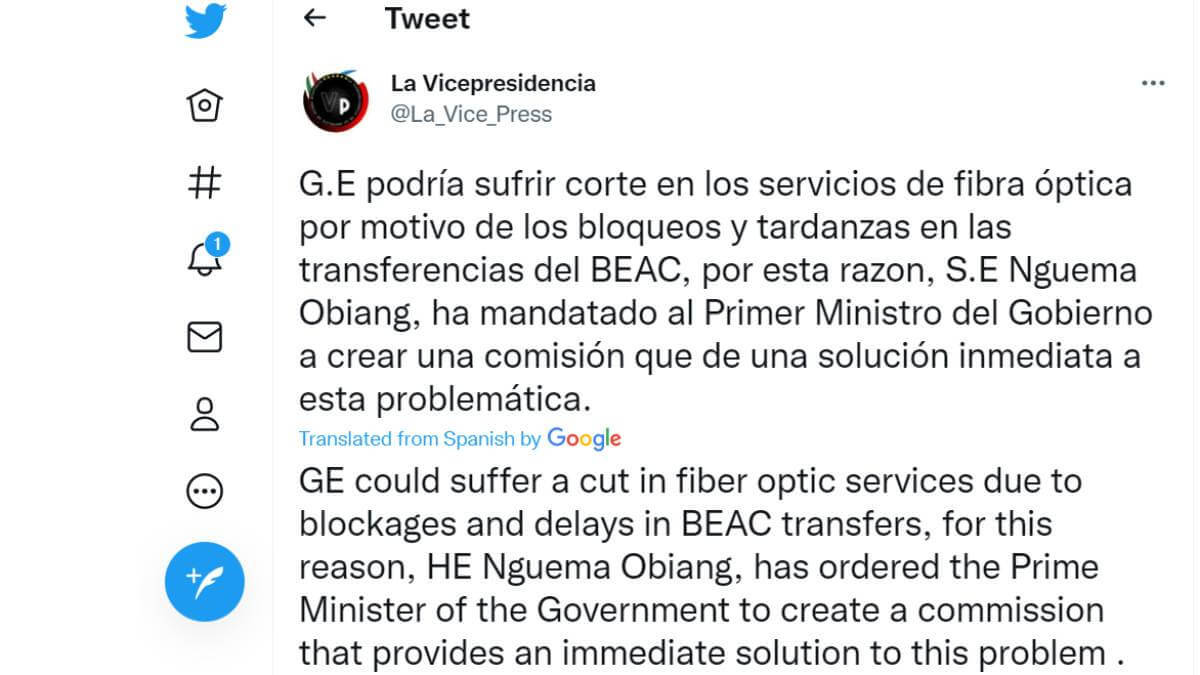 Equatorial Guinea launched a commission aimed at finding a solution to the country's payment problems. (Source: Twitter).
Want to know more about connectivity in Africa? Check out our dedicated Connectivity content channel here on Connecting Africa.

The Internet being shut down in the country could have been a major problem because Equatorial Guinea is connected to only one international submarine cable system, the Africa Coast to Europe (ACE) which runs from the coast of South Africa, with several landing points in various countries in Africa, including Côte dIvoire, Cameroon, and Gabon en route to France.

It appears that the country is not part of a series of subsea systems including Google's Equiano or Facebook-backed 2Africa cable that are due to go live in the next two years as Africa undergoes a cable boom.

*Top image is of Equatorial Guinea's flag. (Source: by www.slon.pics on Freepik).