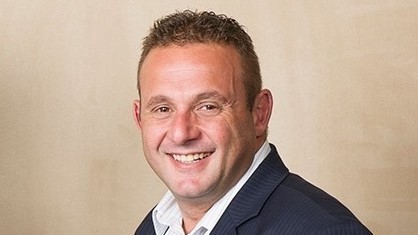 A Telkom South Africa merger with either MTN or Rain would be good news for mobile operator Cell C, according to Blue Label Telecoms' joint CEO, Brett Levy, whose company owns a 45% stake in Cell C.

Levy was answering questions from the media as part of the group's full year results for the 2022 financial year and called a possible buyout of Telkom "very interesting" and something that will shake up the SA market.

In July, MTN and Telkom confirmed that they were discussing the possibility of MTN buying Telkom. Then in August data-only network, Rain threw its hat in the ring, by sending Telkom's board a request to meet over a proposed merger of the two companies.

"Blue Label wasn't for sale so they had to deal with each other" Levy joked about the possible tie-ups.

The market hasn't heard much more from MTN on the matter – besides that discussions were still ongoing – but Rain got a rap on the knuckles from SA's Takeover Regulation Panel which said Rain should have sought its approval before making the merger announcement.

Levy believes that whatever deal is made, time is of the essence.

"They all make sense but whatever happens it has to happen very quickly because the strategies to merge have to align right. So, as I said you can't have Telkom building the network and MTN building the network because whatever Telkom spends from this day onward, if they merge with MTN, that Telkom spend was an absolute waste of money. Just principally because they could roam on MTN and have the exact same coverage," Levy explained.

He said that whatever deal ends up being made he doesn't think the entity sold will be Telkom as we know it today, he thinks it will likely be sold in pieces and not as a whole.

A big chunk of Blue Label's business is selling prepaid airtime for all of the operators so an MTN-Telkom merger would be unlikely to impact its business as the sales will just continue for the combined entity.

By June 2022 Telkom's mobile customers had grown to over 17.3 million, while Cell C's were around 13.3 million, according to statistics from market research company Omdia. Vodacom is still the market leader in SA with over 51.8 million users and MTN has over 35.3 million.

Rain is privately owned and doesn't often divulge subscriber numbers but is estimated to have under 1 million users on its network. It is also not a traditional operator like its peers as it only offers 4G and 5G data services.

Want to know more? Sign up to get the weekly Connecting Africa newsletter direct to your inbox every Friday.
Cell C has also struggled with financial challenges over the years and is in the midst of a recapitalization deal which Levy said should be finalized by mid-September 2022.