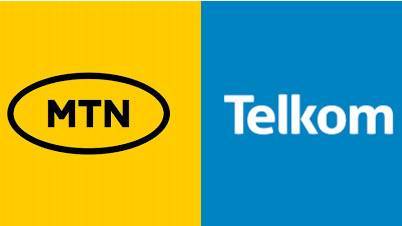 Analysts believe that Telkom South Africa's fiber infrastructure, data centers and business operations are a big drawing card for MTN, which has expressed interest in buying the SA service provider.

"The fiber infrastructure is of great value to MTN, as are Telkom Mobile sites – passive infrastructure but also active RAN. Also, the data centers operated by BCX would be of value," said Dobek Pater, director for business development at Africa Analysis.

Telkom's ICT business, BCX, has been struggling under the economic downturn due to COVID-19 as well as global supply chain constraints and shortages of semiconductor chips. BCX's revenue declined by 2.6%, to 15.3 billion South African rand (US$898 million), for the financial year ended March 31, 2022. Overall Telkom's revenue declined 1.1% to R42.8 billion ($2.5 billion).

"Although BCX is currently struggling, it would still be an asset to combine with MTN Business (which has not been fairing all that well and is far smaller than BCX)," Pater said. "The latter would likely result in a bigger, valuable customer base for the combined entity."

Last week Telkom and MTN confirmed that they had entered into discussions about MTN acquiring the entire issued share capital of Telkom in return for shares or a combination of cash and shares in MTN.

The operators said that the discussions are still in an early stage and there is no certainty that the transaction "will be consummated". There was also no mention of the price that MTN was offering Telkom, which is still 40% owned by the South African government.

"However, with Cell C transitioning to an MVNO [mobile virtual network operator], the country will be left with only two operators, which is not good on a competition angle," she pointed out.

On the mobile front, if the two operators join forces, it will result in the consolidation of the second and third biggest mobile operators in SA.

At the end of March 2022, MTN commanded almost 30% of the SA market while Telkom controlled almost 15%, according to statistics from market research company Omdia. Vodacom led the local market with almost 45% market share, while Cell C trailed with about 10% and Rain's share was negligible.

Telkom Mobile has seen a major growth trajectory in recent years and its customer base grew by 10.5% over the past financial year, to 16.9 million subscribers.

Even with Telkom Mobile's success Pater sees some upsides in an MTN buyout.

"Telkom Mobile already roams on the MTN network for some services. It is also a much smaller MNO than MTN. It also has not yet begun to invest in 5G. The combined entity would benefit from greater scale, sites and spectrum,' he said.

"The entity could also decide to operate two brands, one of them targeting more the lower income or lower average revenue per users (ARPU) customers specifically," he theorized.

The MTN-Telkom tie-up didn't come as much of a surprise to the market, as MTN had already expressed interest in Telkom in the past. The most recent time was in November 2021, when Bloomberg reported that an offer had been made.

How a deal of this kind will impact a smaller mobile network operator (MNO) like Cell C is also something to consider.

"Cell C is now transitioning into an MVNO, whereby it is no longer carrying its own traffic. This move indicates that Cell C considers itself as just a "minor" player and is now focused on being profitable no matter the size of its operations," Mbongue said.

"Cell C has been changing its operating model considerably. It does not intend to compete head on with the larger MNO on access infrastructure (capex). To this extent, it needs to focus on being a better service provider and also on its wholesale business. Whether ultimately it succeeds or becomes a true MVNO or exits the market remains to be seen," Pater added.

How the deal could impact competition in South Africa's telecoms sector is certainly a question for the local authorities. The analysts differed on whether the Competition Commission (CompCom) would approve the possible deal.

"It is difficult to imagine the CompCom approving MTN buying the whole of Telkom. The CompCom is meant to guarantee and stir competition. Should they agree on such deal, they could maybe argue that Telkom had been looking for a buyer and funds for a while," said Mbongue.

Want to know more about telco deals, financials and regulation in Africa? Check out our dedicated Business of Tech content channel here on Connecting Africa.
Pater, however, believes that the deal could possibly be approved but would likely be accompanied by strict conditions and restrictions.

"A previous example is the acquisition of [fiber operator] Vumatel by CIVH, which already owned DFA. Another example is the current proposed creation of an Infraco by Vodacom and CIVH which is likely to be approved, but again with strict conditions to ensure that anti-competitive elements are not introduced into the market," Pater explained.

"Given the intended creation of an Infraco between Vodacom and CIVH (including DFA and Vumatel), I think, MTN had to again try to either forge a close partnership with a large infrastructure company (this would have been more difficult) or pursue the M&A option," he added about MTN's likely rationale.