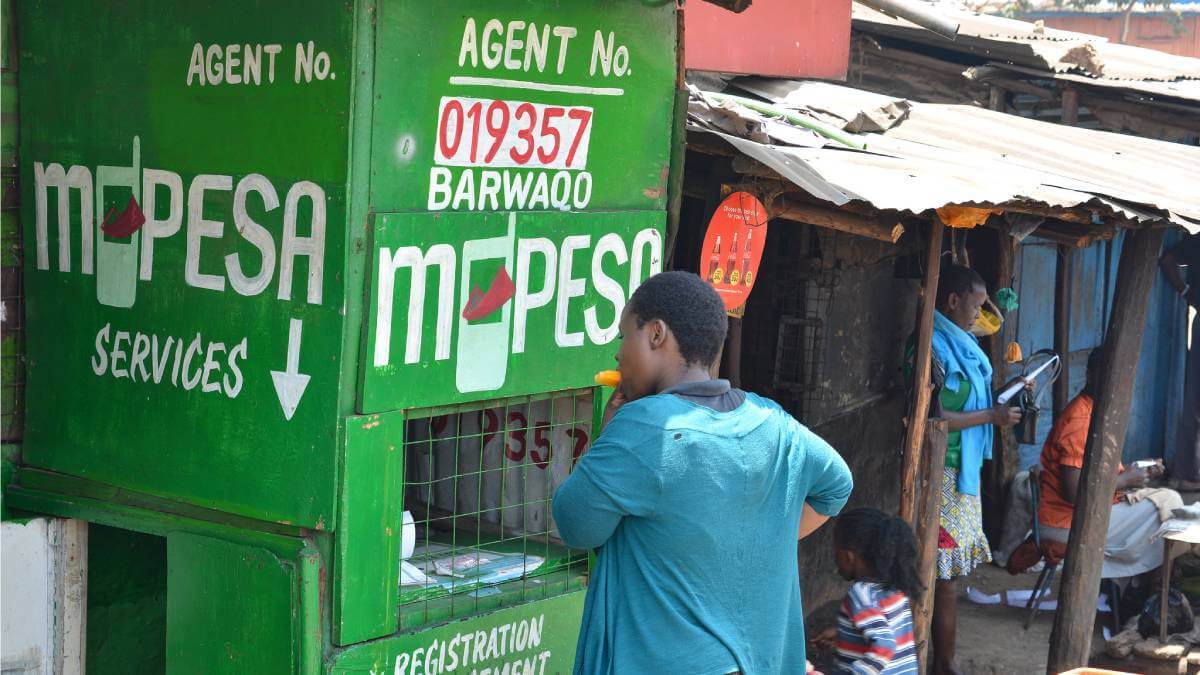 Safaricom's M-Pesa service has solidified itself as the Kenyan telco's most profitable service and now contributes nearly half of the companys total gross earnings.

That's according to Safaricom's new annual report for 2022 which for the first time outlined the share of profits attributable to the mobile money platform.

The highly successful fintech service might only contribute 38% of the Kenyan operator's overall service revenue, but in the year ended March 31, 2022, M-Pesa profit before tax was 50 billion Kenyan shillings (US$423 million), almost 50% of the telco's overall profit before tax of KES102.2 billion ($865 million).

The fintech platform is now 15 years old and shows no signs of slowing down as other mobile money platforms from operators and local fintechs try to catch up to its success.

"Uptake of mobile money services continued to grow, as with its convenience and cashless nature it was perceived as helping curb the spread of COVID-19," the annual report said.

"In general, the Kenyan ICT sector has experienced robust growth as a result of the pandemic having pushed consumers to adopt online ways of conducting business and mobile money payments."

The report shows that M-Pesa processed 2,000 transactions every second in the past financial year, compared to 1,800 transactions per second the previous year.

Over the years the telco has also expanded the number of services offered by M-Pesa and evolved beyond just person-to-person money transfers. Now it offers savings and loan products, bill payments, cross border money transfers as well as e-commerce and merchant payments.

Safaricom believes its M-Pesa service has significantly expanded access to formal financial services for Kenyans and substantially contributed to financial inclusion across the African markets where it is available.

"Kenya's formal financial inclusion grew threefold from below 30% to over 80% in 2021 and now ranks as the third highest in Africa," Safaricom said. 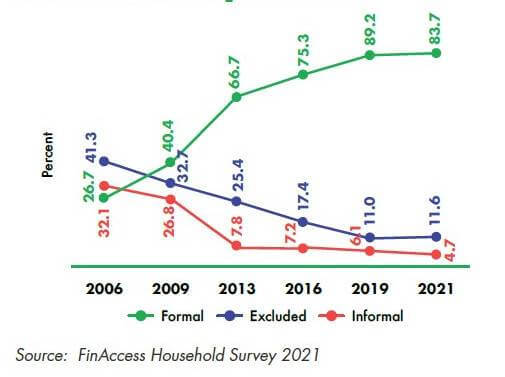 (Graph Source: Safaricom Annual Report and Financial Statements 2022.)
Safaricom will officially expand its network into Ethiopia in August 2022, and plans to roll out M-Pesa services for Ethiopians in the future, once the government gives the regulatory go ahead.