That's according to new data from Africa startups deals database Africa: The Big Deal which has broken down the total funding raised by startups in Africa for deals worth $100K or more.

The big four countries accounted for 80% of the total raised on the continent up until the end of November, with 35% of capital raised in Nigeria alone. 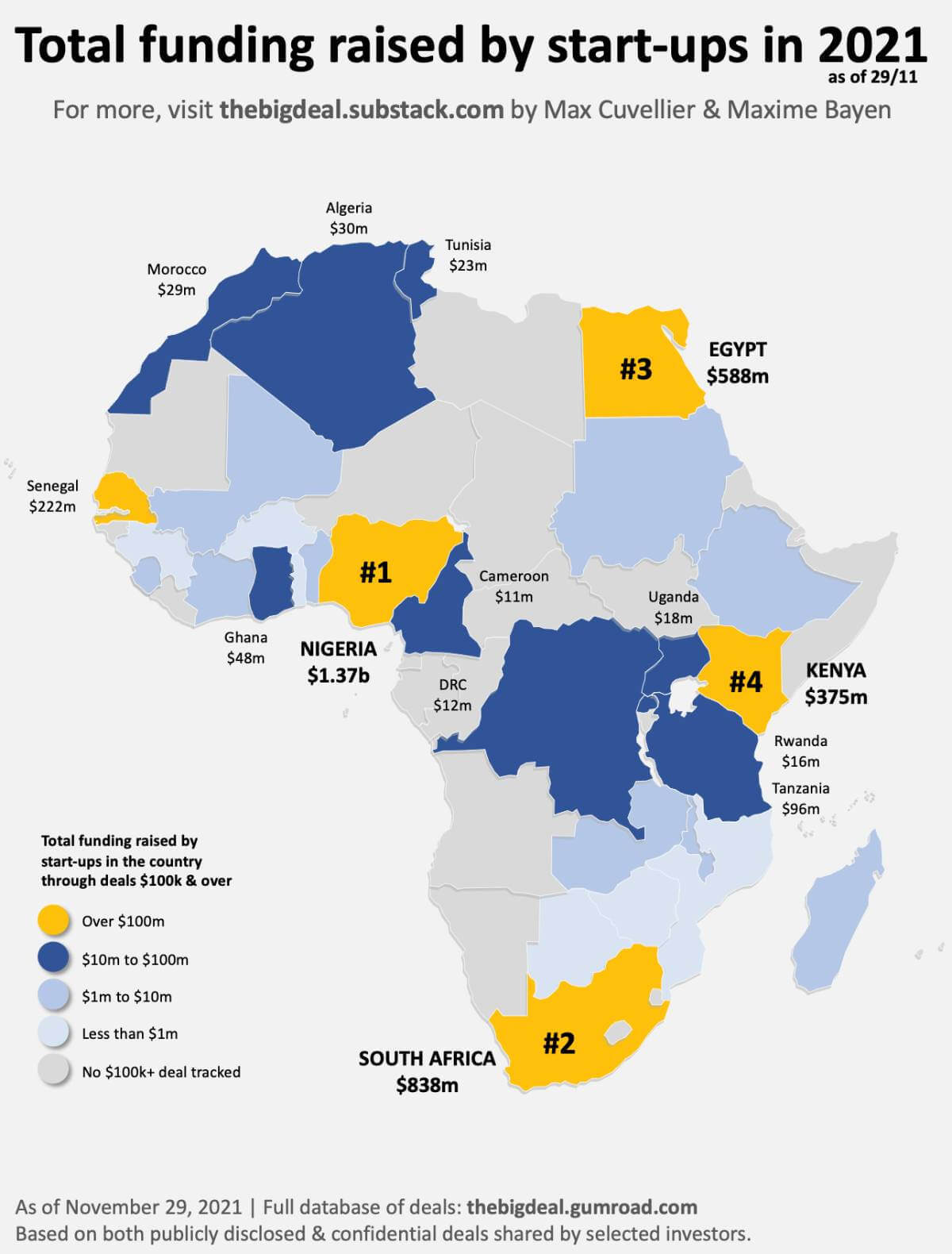 Image source: Africa: The Big Deal
Other honorable mentions were Senegal, where startups raised $222 million in 2021 and Tanzania at $96 million.

One of the biggest success stories was Chipper Cash, which raised a total of $250 million this year. The authors Max Cuvellier and Maxime Bayen decided not to pin the raise to Ghana, saying the startup's Ghanaian and Ugandan co-founders and its African HQs split between Ghana and Kenya "make it quite pan-African".