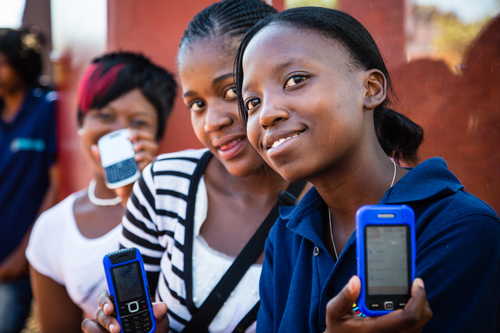 Virgin Mobile and Vodacom as well as Nigerian industrial conglomerate BUA Group emerged as potential buyers of Nigeria's Emerging Markets Telecommunication Services (EMTS), now trading under the name 9mobile, in a number of reports over the weekend, just days after the operator said it was more than happy to talk with new investors. (See Nigeria's 9mobile Open to New Investors.)

According to a ThisDay report, the three companies are among a number of investors that have indicated their interest in acquiring 9mobile and are already in the process of submitting their proposals to a consortium of banks, whose advisers are said to include Standard Bank of South Africa and Citibank of New York.

BUA is a diversified industrial group with interests in sugar refining, cement, real estate, oil, ports and terminals. The reports named Virgin Mobile UK, part of the UK-based Virgin Group, as a further interested party, although it would seem more likely that overtures would be made by the Virgin Group through Virgin Mobile Middle East and Africa. ThisDay suggested former MTN Nigeria executives are behind the Virgin bid, while South Africa-based Vodacom is said to be backed by local Nigerian businessmen with telecoms experience.

9mobile, the number four player in Nigeria with a market share of about 13% that until recently was named Etisalat Nigeria, would benefit from an injection of capital or a merger with another of the country's existing mobile operators. Already, as reported by Connecting Africa, the names of Vodafone Group plc (NYSE: VOD) and Orange (NYSE: FTE) have been linked as potential external investors, while the country's number three operator, Airtel Nigeria, has also been cited as a potential suitor. (See What's Next for Nigeria's Mobile Market?)

Local player Globacom (Glo Mobile) has also been cited as a potential acquirer. Such a move might attract support within the country as it would make the Nigerian-owned operator a challenger to MTN Nigeria for the market leader's position.

The Nigerian mobile market is massive -- with more than 155 million users and annual service revenues in excess of $7 billion -- so it would not be surprising that several companies are scoping out the potential returns from an investment in the market.