There are now over 1.2 billion registered mobile money accounts globally and almost half of those are in Africa. This is according to the GSMA's 2021 State of the Industry Report on Mobile Money.

Globally there are now 310 live mobile money services in 96 countries, and 171 of those services are in Africa, with 157 in sub-Saharan Africa specifically. 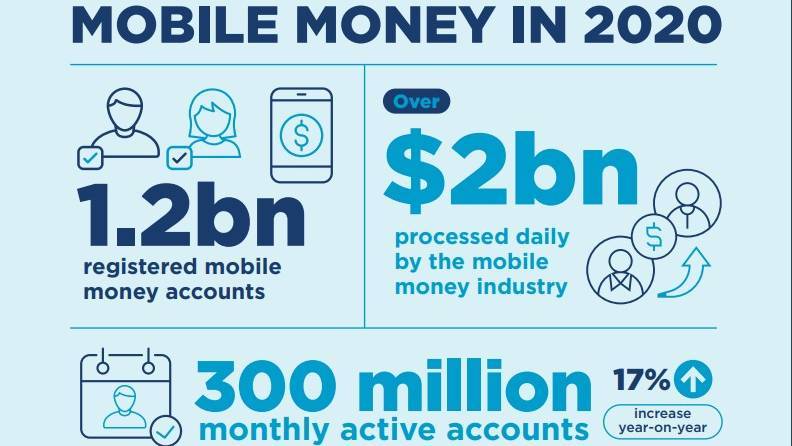 The GSMA said that in 2020 customers were not only using their accounts more frequently, but they were using them for new and more advanced use cases.

"This suggests that more and more people are moving away from the margins of financial systems and leading increasingly digital lives," the report said.

However there are still barriers preventing women from accessing and using mobile financial services.

"We see that mobile money is a powerful tool for expanding the financial inclusion of women in low- and middle-income countries," said John Giusti, the GSMA's chief regulatory officer. "This year's report, however, found that across markets women are still 33% less likely than men to have a mobile money account."

Registered accounts grew by almost 13% globally, with over 136 million added in just one year. The growth was twice as high as expected and exceeded last year's forecast by 6.4 percentage points.

The GSMA said the fastest growth was in markets where governments provided significant pandemic relief to their citizens. The uptake was also helped by regulators implementing more flexible Know Your Customer (KYC) processes and relaxed onboarding requirements.

Transaction values grew across the board as more money circulated and was cashed-in and cashed-out than ever before.

For the first time, the global value of daily transactions exceeded $2 billion dollars, and has more than doubled in value since 2017. The GSMA expects this value to surpass $3 billion a day by the end of 2022.

Overall Africa had a mobile money transaction value of $495 billion in 2020, almost two-thirds of the global value of $767 billion.

Registered accounts in Africa comfortably surpassed the half-billion mark. Sub-Saharan Africa has been at the forefront of the mobile money industry for over a decade, and in 2020 continued to account for the majority of growth, about 43% of all new accounts. 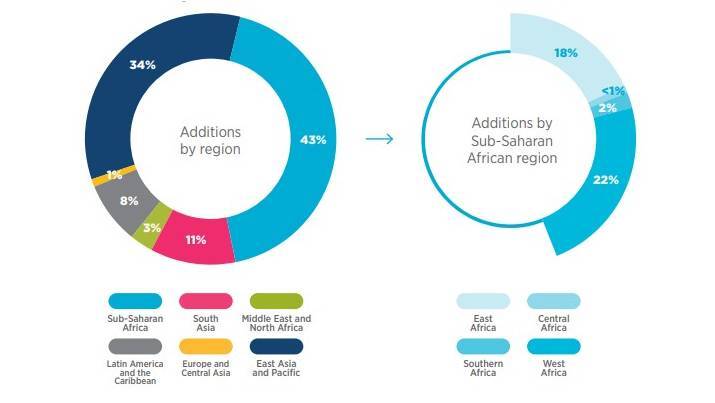 By the end of the year, there were 548 million registered accounts in sub-Saharan Africa, over 150 million of which were active on a monthly basis. Although absolute growth was highest in West and East Africa, Southern Africa grew the fastest at 24% year-on-year.

The Middle East and North Africa region saw the largest addition in registered accounts in absolute terms over the last five years. This is the result of both new and renewed efforts by industry players across the region, the GSMA said.

North Africa's active mobile money accounts increased by 22% during the year, to 1 million, while overall registered accounts were up 16% to 14 million.

In sub-Saharan Africa, on average, 19% of all monthly active accounts make a bill payment and 13% receive bulk payments. Meanwhile, just over 10% make a merchant payment, up from 9% in 2019. However, only 1% of accounts send or receive international remittances. 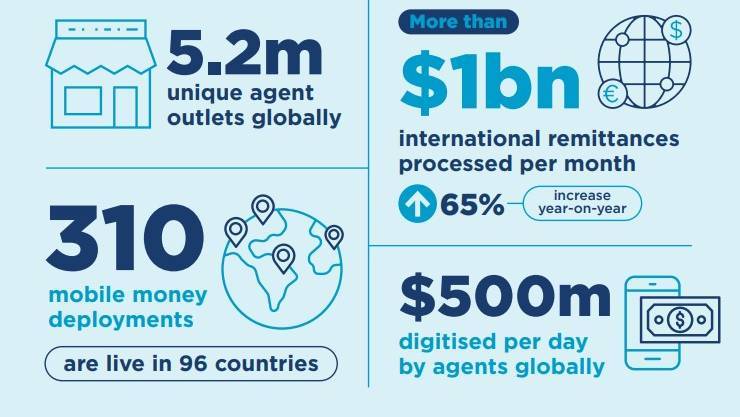 Globally, however, remittances boomed and for the first time more than $1 billion was sent and received in the form of remittances every month via mobile money.

"Despite early fears that transactions would decline as people worldwide suffered job losses and income cuts during the pandemic, it remains clear that diasporas continue to support family and friends back home," the GSMA said.

Not surprisingly the report measured a dramatic acceleration in mobile transactions during the COVID-19 pandemic as lockdown restrictions limited access to cash and financial institutions and pushed consumers to turn to digital payments as a safer and more accessible option.

To minimize the economic toll of COVID-19, many national governments distributed monetary support to individuals and businesses. The value of government-to-person payments quadrupled during the pandemic, with the mobile money industry working hand-in-hand with administrations and NGOs to distribute social protection and humanitarian payments.

Want to know more about mobile financial services in Africa? Check out our dedicated fintech content channel here on Connecting Africa.
"For mobile money providers, the pandemic created a more complex operating environment. With consumer spending down and transaction fees waived, providers found it difficult to reap the commercial benefits of higher mobile money usage and a widespread shift from cash to digital," the report said.

"However, the industry proved resilient as providers did their utmost to keep economies going and provide an essential service to people in need." 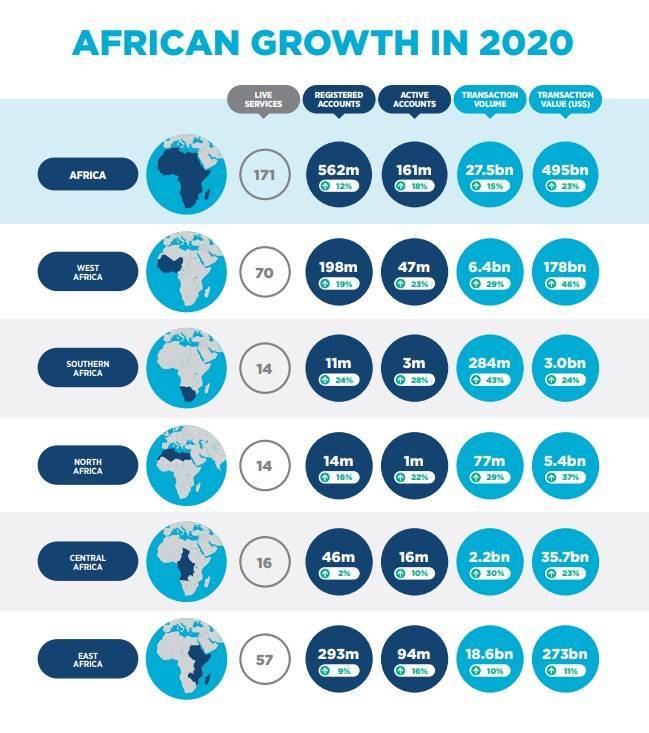 *Top image and all graphics source: the GSMA's 2021 State of the Industry Report on Mobile Money.