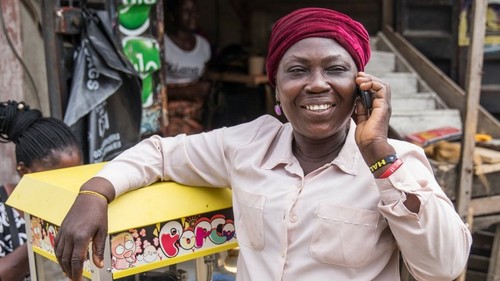 Sub-Saharan Africa remains the second-worst region in the world when it comes to the mobile gender gap, according to a new GSMA report.

The Mobile Gender Gap Report 2020 found that the divide is still widest in South Asia at 51% followed by Sub-Saharan Africa at 37%.

Overall the mobile gender gap has narrowed globally, with 54% of women in low- and middle-income countries (LMICs) now using mobile Internet, up from 48% in 2018 and 44% in 2017. Despite this progress, the gender gap in mobile Internet use in LMICs remains substantial, with over 300 million fewer women than men accessing the Internet on a cellphone.

Women are 20% less likely to use mobile Internet than men, down from 27% in 2017, which means an additional 236 million women have been brought online over the three year period. This reduction was driven primarily by an improvement in South Asia, where the gap narrowed by 16% points, but in Sub-Saharan Africa sadly considerably less progress has been made.

The percentage of women using mobile Internet in Sub-Saharan Africa was actually 1% better in 2018, at 38%.

"We are seeing important progress in driving equal Internet access for women, but the pace of progress still remains slow. We urge business and government communities to continue prioritizing efforts to drive more equal access to mobile technology," said Mats Granryd, director general of GSMA. "Ensuring digital and financial inclusion for women is critically important, as we know that when women thrive, societies, businesses and economies thrive."

However, the underlying gender gap in mobile ownership remains and women across LMICs are 8% less likely than men to own a mobile phone, which translates into 165 million fewer women than men owning a mobile. 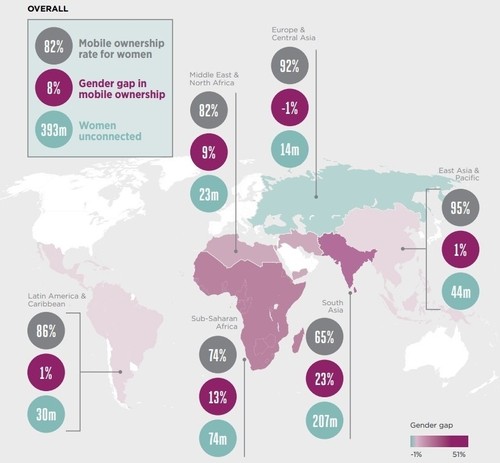 Affordability remains the critical barrier to mobile ownership, while lower awareness, as well as a lack of literacy and digital skills, are vital factors preventing women's mobile Internet use.

Of all surveyed countries globally, Mozambique has the lowest level of ownership, with only 46% of women owning a mobile phone compared to 56% of men.

Barriers
Literacy and digital skills remain the greatest barrier to mobile Internet for women in Africa. Low literacy levels are a key factor in several markets. For example, in Nigeria, 27% of women and 22% of men who are aware of, but do not use the Internet, cited it as the most important barrier.

Affordability is also a particular barrier in Sub-Saharan Africa, where it has risen to be the top barrier for men and the second most important barrier for women.

In Kenya, 38% of men and 33% of women cited affordability as the single most important barrier to adoption. Affordability has also increased in significance as a barrier and in Mozambique it was cited as a top barrier by an additional 20% of female respondents.

Sluggish smartphone growth
The GSMA believes the type of mobile device used has a major impact on how the Internet is accessed.

"Although it is possible to access the Internet on a feature phone, Internet use is typically much richer, more regular and varied on a smartphone."

Across LMICs, 1.2 billion women now own a smartphone. This marks a rapid increase in these markets, where female smartphone ownership has grown from 44% to 55% since 2017. However, women in LMICs are still 20% less likely than men to own a smartphone, a considerably wider gender gap than for mobile ownership overall.

The report found that in all Asian and African countries surveyed, women are significantly less likely to own a smartphone. Even in markets with a relatively small mobile gender gap, such as Algeria, where the mobile ownership gender gap is just 6%, the gap widens significantly for smartphone ownership, with 55% of women owning a smartphone compared to 68% of men.

Promising action
The GSMA also announced the first wave of operators to make or renew their Connected Women Commitment through to 2023. Kenya's Safaricom, Vodacom in the Democratic Republic of Congo, Orange Finances Mobiles Senegal and MobileMoney Limited (a subsidiary of MTN Ghana) were amongst those making the pledge.

The GSMA introduced the Connected Women Commitment Initiative in 2016 to catalyze action to close the mobile gender gap. Over this time, 39 mobile operators across Africa, Asia and Latin America have made formal commitments to reduce the gender gap in their mobile money or mobile Internet customer base by 2020. These operators have already reached more than 35 million additional women with mobile Internet or mobile money services, and are driving increased digital and financial inclusion for women.

"We applaud all operators who are partnering with us on this critical initiative and look forward to working together to accelerate digital and financial inclusion for women," said Granryd.