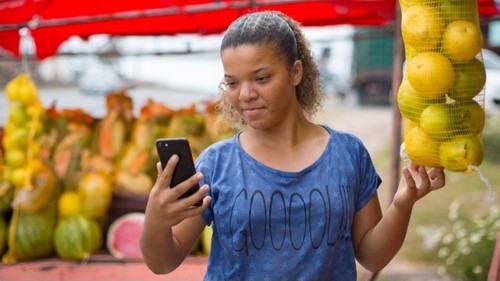 Sub-Saharan Africa added 50 million new mobile money accounts in 2019 and remains at the epicenter of the mobile money global movement. This is according to the GSMA's 2019 State of the Industry Report on Mobile Money published last week.

The report showed that 2019 marked a major milestone globally with the number of registered mobile money accounts reaching 1.04 billion. The mobile money industry also processed almost $2 billion in transactions per day in 2019, with annual transactions expected to surpass $1 trillion dollars by 2023.

The GSMA forecasts that account adoption across Sub-Saharan Africa will remain strong and the region will surpass the half-billion mark by the end of 2020. 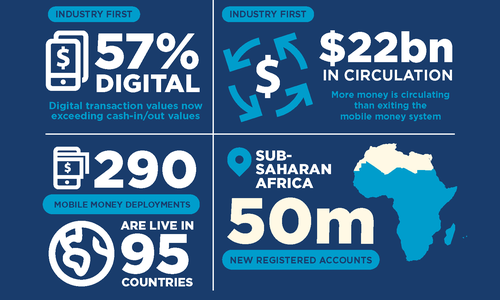 Courtesy of GSMA
Trust and value
The GSMA said that, for the first time, digital transactions represented the majority, 57%, of mobile money interactions and more value is circulating in the mobile money system than ever before.

"The industry is witnessing increasing user trust and relevance. With 290 live services in 95 countries and 372 million active accounts, mobile money is entering the mainstream and becoming the path to financial inclusion in most low-income countries," it said.

For consumers, this marks a shift away from cash towards digital payments  for school fees, e-commerce, international remittances, savings, credit, pay-as-you-go utilities and more.

"Surpassing one billion mobile money accounts represents a major milestone for an industry that did not exist just over a decade ago. The reach of mobile money agents is now 20 times that of bricks-and-mortar banks. Almost 1.7 billion people remain financially excluded, but the collective strength of the industry holds the potential to ensure that everyone can be part of the new digital economy," Giusti said.

In 2019, the industry continued to invest in distribution networks, with the number of agent outlets almost tripling over the past five years, and the reach of a mobile money agent is now seven times that of ATMs and 20 times that of bank branches.

The report also shows the empowerment that comes with owning a mobile money account; for example, more women are using financial services, low-income households are accessing essential utility services, and smallholder farmers are getting paid more quickly and conveniently. Meanwhile, millions of migrants and their families are experiencing the benefits of faster, safer and cheaper international remittances.

"Regulation that enables low-cost services for the financially excluded has been crucial to the success of mobile money, and there is a clear correlation between an enabling regulatory environment and a high mobile money adoption rate," Giusti added.

"However, certain policy decisions, such as sector-specific taxation and data localization requirements, are putting pressure on the industry and create a real risk of long-term negative impacts on financial inclusion gains, access to innovative services, and delivery of the [UN's sustainable development goals]. We are moving in the right direction, and with the right tools, we are a step closer to achieving an inclusive digital future for all," he said.

Mobile money accounts in Sub-Saharan Africa are set to surpass the half billion mark by the end of 2020.
(Image courtesy of GSMA.)