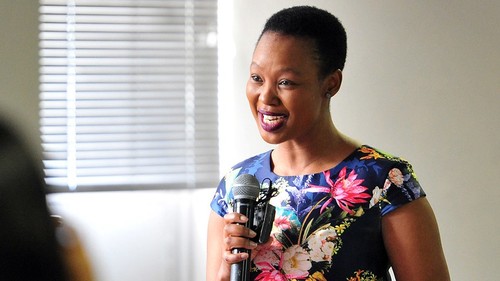 "The WOAN is an important policy instrument to lower barriers to entry for smaller players, improve the ownership of the ICT sector by historically disadvantaged individuals and to promote service-based competition," the policy direction published in the Government Gazette on Friday reads.

"The Authority should licence spectrum to the WOAN in a manner that enables it to fulfil its policy mandate and to thrive," government says.

South Africa's mobile operators have been waiting for many years for high-demand radio frequency spectrum for 4G to be released by the government. Telcos have until now been forced to refarm 2G and 3G spectrum to provide 4G services, despite the rest of the world moving swiftly towards the roll-out of 5G.

As long ago as 2016, South Africa's telecoms regulator, the Independent Communications Authority of SA (ICASA), tried to get the ball rolling and set plans in motion to license spectrum in the 700MHz, 800MHz and 2600MHz bands. However, its plans were halted by a court interdict initiated by former Department of Telecommunications and Postal Services (DTPS) minister Siyabonga Cwele, and the spectrum process was left in limbo once again.

Promises were made last year that spectrum would be allocated by the end of March 2019, but that deadline came and went. There has been a big push in recent months by South African president Cyril Ramaphosa to fast track spectrum allocation, and in June he promised that Communications and Digital Technologies minister Stella Ndabeni-Abrahams would publish the policy within 30 days. (See SA President Promises Spectrum Policy Direction Within 30 Days.)

"The Minister recognises that there are over four hundred players that hold electronic communications network service licenses but cannot access spectrum, due to its scarcity. This has an adverse effect competition, contributes to the high costs to communicate and serves as a barrier to entry for new entrants and SMMEs. Government is committed to maximising the socio-economic benefits derived from the use of the spectrum and recognises that a shared approach to spectrum use is necessary," the gazette says.

"The deployment of a WOAN will encourage licensees to work together as far as it is practicable. The value of sharing and collaboration between licensees is that it will result in the more effective use of spectrum. Government fully supports A WOAN as a means to meet the public policy objectives."

WOAN what?
The first mention of the WOAN was in 2016 when the DTPS published its National Integrated ICT Policy White Paper. The idea was a radical shake-up of the spectrum policy framework that South Africa was used to and called for an 'open access regime' with the WOAN outlined as a "public-private sector-owned and -managed consortium." What that really meant was anyone's guess and both industry insiders and analysts voiced their displeasure at the time with the vague policy. Examples of similar open access wireless network trials in countries like Mexico, Kenya and Rwanda had not proved very successful and very few people actually believed the WOAN model could work for South Africa. (See Analyzing South Africa's Controversial 4G Wholesale Plan and Wholesale Open Access Mobile Networks Don't Work – GSMA.)

Some operators suggested a hybrid model, where the WOAN receives the bulk of spectrum, but where operators were also given individual spectrum allocations. This seems to be the policy that government has now put forward.

ICASA has now been directed to issue an 'Invitation to Apply,' and accept and consider applications for an individual electronic communications network service license for the WOAN.

The policy direction says the WOAN must be: A consortium of persons, at least 70% owned by South Africans; it must comply with the empowerment requirements of the Electronic Communications Act (ECA); it must include diversity of ownership, including SMMEs and prevent monopolistic behavior; it must also include participation by targeted groups, including women, youth and persons with disabilities; and while it may include public entities as shareholders, the WOAN itself must not be a public entity, under the Public Finance Management Act.

5G forethought
The gazette also touches on the government's plans for the allocation of 5G spectrum, which many hope will happen in 2020.

ICASA has been directed to investigate and report to the minister on the spectrum requirements of 5G in bands lower than 6GHz and the millimeter wave (mmW) bands under study at the 2019 World Radiocommunication Conference (WRC-19), which takes place between October and November.

"The report should be provided to the Minister within six months after the WRC-19. The investigation should cover the affected bands, the required ecosystem to support 5G in these bands, and the implications of the licensing of these bands on competition and the current structure of the mobile market."