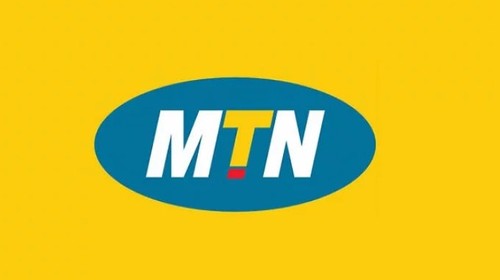 MTN Group's latest quarterly trading update shows just how important Nigeria is to the business and also just how much of a weight that market is on the operator's shoulders.

Nigeria is MTN's biggest market by subscriber numbers: It now has 56 million subscribers, up by almost 6 million from a year earlier, while its services revenues in that market jumped by 17.4% year-on-year.

But as the operator reminded investors in its quarterly update, it is still at loggerheads with the Nigerian authorities over claims that MTN should shell out more than $10 billion to meet the authorities' demands. (See MTN Goes to Court Over $10B Demands in Nigeria.)

The challenges in Nigeria are currently clouding the company's efforts to generate ongoing growth across its 21 markets, which, overall, are delivering positive numbers, as the full trading statement below shows.

The one other area of concern for MTN would be its home market of South Africa, where it lost about 800,000 pre-paid customers during the quarter to aggressive competitors to end the quarter with 23.7 million prepaid mobile users, though it grew its post-paid, contract subscriber base by more than 2% to reach 2.9 million subscribers.

FAIRLAND, South Africa -- MTN is a leading emerging market mobile operator, serving 225,4 million people in 21 countries across Africa and the Middle East. Our vision is to deliver a bold, new digital world to our customers. Our belief is that everyone deserves the benefits of a modern connected life.

- MTN South Africa service revenue increased YoY by 3,0% with an EBITDA margin of 34,5%

- MTN Irancell service revenue increased YoY by 14,1% with an EBITDA margin of 35,3%

* Active data subscriber growth includes a restatement of MTN Ghana's active subscriber base between January and July 2018. All growth rates for non-financials have been restated for Cyprus disposal to enable comparability.

IFRS 15 - Revenue from Contracts with Customers has been implemented with effect from 1 January 2018 and comparative numbers have been restated where appropriate.

"MTN recorded an improved operational performance in many markets in the third quarter. Group service revenue grew by 10,0% year on year, ahead of our medium-term target of upper-single-digit growth, supported by continued strong growth in voice and data revenue. These results were delivered in challenging operating and currency conditions.

The group benefited from the particularly strong performance of operations in Nigeria and Ghana, while some operations in our West and Central Africa (WECA) region remained under pressure. MTN South Africa continues to execute on operational improvements.

We made good progress on our key growth drivers of data and digital services, adding 5,0 million active data subscribers and 1,7 million new MoMo subscribers in the quarter.

We successfully completed the listing of MTN Ghana. MTN Nigeria's plans to list have been challenged by the recent Central Bank of Nigeria and Attorney General of the Federal Republic of Nigeria matters, however, MTN remains committed to the listing in Nigeria and work continues in this regard. In the quarter, the group engaged extensively with authorities in Nigeria to deal with the matters they raised.

Across our markets, we continued to invest in our networks, and now have the leading network net promoter score in 10 of our markets. Reported capital expenditure to the end of the September 2018 was R16,4 billion, a group capex intensity of 16,9%.

We continued to optimise our balance sheet structure and reduced our gross US dollar debt by approximately US$400 million. This was supported by proceeds from the sale of MTN Cyprus of US$303 million, the settlement of a loan from our Ugandan Tower Company of US$34 million as well as the proceeds from the MTN Ghana listing of US$202 million received after the quarter's end. We also concluded the refinancing of our US$1,25 billion revolving credit facilities that are maturing in 2019 with a new five-year revolving credit facility of US$1,25 billion at an improved margin, and with an option to increase to US$1,5 billion.

We continue to focus on operational improvements across our business and continue to develop our digital businesses."

MTN's results are presented in line with the group's operational structure. This is South Africa, Nigeria and three regions: Southern and East Africa and Ghana (SEAGHA), West and Central Africa (WECA) and Middle East and North Africa (MENA) and their respective underlying operations.

The consumer postpaid business maintained its positive momentum; the stabilisation of the enterprise business continued and the wholesale business gained traction. At the end of the quarter, we had 23,7 million prepaid users (down 3,4% QoQ), 2,9 million postpaid subscribers (up 2,1% QoQ) and 2,8 million telemetry subscribers.

The Cell C roaming agreement is contributing positively towards revenue and EBITDA and is expected to be fully implemented in line with our planned timelines.

MTN South Africa's margin on earnings before interest, taxation, depreciation and amortisation (EBITDA) was little changed YoY at 34,5% from 34,8%. The lower sequential EBITDA margin was largely impacted by higher device prices following the weakness in the rand exchange rate and increased device sales in the quarter.

In the quarter, OpenSignal rated MTN South Africa as having the widest 4G coverage, supporting our return to the number one net promoter score (NPS) position.

We are in consultation with ICASA on the implementation of the new data pricing regulations and are proactively implementing the various changes to which we have committed. We welcome the commitment by ICASA to license high-demand radio frequency spectrum by the end of March 2019.

MTN Nigeria had an excellent quarter, increasing service revenue by 17,4% YoY, towards the upper end of our medium-term target for Nigeria of double-digit growth. This was led by a 52,5% increase in data revenue and 21,5% increase in outgoing voice revenue. Data revenue growth was supported by an increase in active data subscribers as well as more smartphones on our network, the result of various CVM and OEM-partnership initiatives.

Digital revenue declined by 28,5% following the continued optimisation of our value-added services (VAS) business. We completed the final element of this optimisation, suspending auto-renewal of subscriptions, in mid-September which means that digital revenue will continue to be impacted by lower VAS revenue in the fourth quarter, after which we expect it to stabilise.

The EBITDA margin expanded to 43,2% in the first nine months of the year, up 4,7 percentage points from end-September 2017, driven by the strong growth in revenue, mix of revenue and further cost optimisation efforts.

Across the balance of the SEAGHA region the subscriber base increased by 4,7% QoQ, led by gains in Rwanda and Zambia.

MTN Ivory Coast's service revenue declined by 7,1% YoY, a result of a 24,2% decrease in outgoing voice revenue in a competitive market characterised by lower subscriber numbers after a nationwide subscriber re-identification process earlier in the year. Data and digital revenue increased by 13,8% and 27,9% respectively.

Following a number of regulatory challenges, which we believe are now behind us, and the introduction of a new tariff structure, we expect the fourth quarter to deliver positive sequential revenue growth.

In a difficult operating environment and amid competitive pressure, MTN Cameroon reported an 8,0% YoY decline in service revenue. Outgoing voice revenue declined 11,8%. Data revenue increased 8,7% and digital, mostly MoMo, revenue grew by 41,1%. The number of active data users increased 8,2% QoQ to 2,3 million and the number of MoMo customers rose by 24,9% to 1,5 million.

MTN Cameroon is in the process of a significant transformation, which includes a strengthened management team, led by Hendrik Kasteel, who joined as CEO in September 2018. A new organisational structure will improve the agility of the operation and reduce costs. We are also working hard to improve relations with our many stakeholders, including regulatory authorities, and are encouraged by recent trends, including customer net additions.

Across the balance of the WECA region the subscriber base increased by 4% QoQ, driven mainly by growth in Benin.

1 These numbers are calculated using MTN Group definitions and may differ from those defined by the regulator in Ghana.

The number of active data users increased by 0,9% QoQ to 19,4 million.

Despite the strong service revenue growth, MTN Irancell had a tough quarter due to the impact on costs of the sharp devaluation of the rial after the government announced a new exchange rate regime for regulating imports.

For our accounting of the Iranian business we use the Central Bank of Iran (CBI) exchange rate until the end of July 2018 and have then adopted the SANA exchange rate. FIPPA-approved outstanding loans and dividends will continue to be translated at the CBI rate.

Across the rest of the MENA region the subscriber base increased by 1,2% QoQ, because of growth in Syria and Afghanistan.

UPDATE ON THE NIGERIAN MATTERS

During the quarter, the Central Bank of Nigeria (CBN) alleged improper dividend repatriations by MTN Nigeria between 2007 and 2015 of US$8,1 billion while the Attorney General of the Federal Republic of Nigeria (AGF) alleged unpaid taxes on foreign payments and imports of approximately US$2,0 billion.

MTN Nigeria continues to deny these allegations and claims. To protect MTN Nigeria's assets and shareholder rights within the confines of Nigerian law, we applied in the Federal High Court of Nigeria for injunctive relief restraining the CBN and the AGF from taking further action in respect of their orders, while we continue to engage with the relevant authorities on these matters. We remain resolute that MTN Nigeria has not committed any offences and will continue to defend this position vigorously.