Safaricom Safe From the Splits, but Rural Network Sharing Likely by The Staff 2/21/2018 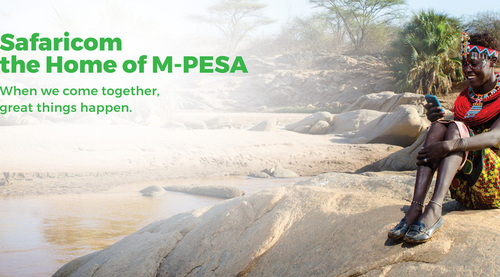 The recommendation that Kenya's dominant mobile operator, Safaricom, should be split in two to improve the market's competitive is no longer included in a market report compiled for the Communications Authority of Kenya, it has been confirmed.

Earlier this year it was reported that any plans to break up the operator had been abandoned. (See Kenyan Authorities Drop Plans to Break Up Safaricom  Report.)

That shift in position has now been confirmed by Analysys Mason, the consultancy commissioned by the Communications Authority to produce the market report and which this week presented an updated draft of the 'Telecommunication competition market study in Kenya.'

At that presentation in Nairobi, Analysys Mason representatives said that splitting the operator in two would be a "disproportionate" action, reported Business Daily.

The position was reiterated by Kenya's ICT Cabinet Secretary Joe Mucheru in a statement released by the Communications Authority. "I wish to note that it is not the Government's intention to punish success but enhance competition so as to foster growth of the telecommunications subsector," stated Mucheru.

But Safaricom, which commands a mobile market share of more than 75%, is unlikely to be left alone. The report recommends that Safaricom should be forced to share its network infrastructure in some rural areas for five years to encourage competition and also take steps to make its mobile finance platform cheaper to use for non-Safaricom customers. (See Kenya Hits 1 Million 4G Users.)

The Communications Authority has now made the report available to the public -- it can be viewed here -- and will await feedback. It will also devise a "roadmap for implementation of the adopted competition study recommendations."