"The COVID-19 pandemic brought about socio-economic challenges that disrupted our customers strained the consumer wallet and businesses across the country. We were not spared either. The unpredictable times affected our business operations resulting in subdued financial performance," said Safaricom CEO Peter Ndegwa.

The drop comes after the financial services platform reduced tariffs on small peer-to-peer transfers because of a government directive aimed at curbing the spread of the coronavirus by reducing cash usage in the market. Waiving fees on small M-Pesa transfers saw Safaricom process free transactions worth KES4.4 billion ($41 million).

M-Pesa accounted for 33% of the total service revenue down from 33.6% last year. 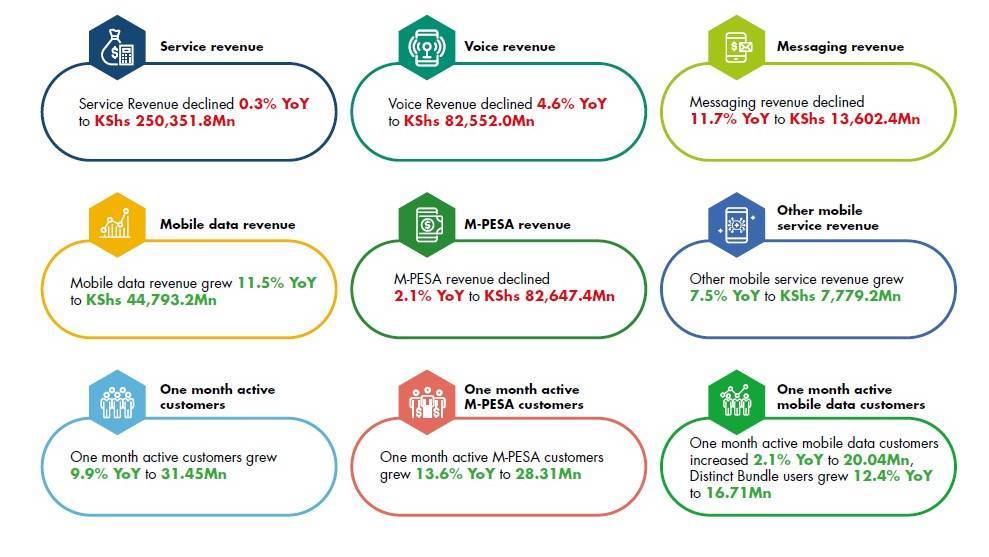 The company  partly owned by South Africa's Vodacom and the UK's Vodafone  said on Thursday its total one-month active customer base had grown to 31.45 million, an almost 10% jump in the year.

"We remained resilient in a disruptive year, demonstrating strong operational capacity, diligence and commitment in supporting the country, our customers and shareholders through this uncertain time. Our immediate focus in the year has been to ensure that network capacity, operations and financial services are prioritized to limit disruptions," added Ndegwa.

During the year, the company introduced the Pochi la Biashara, M-Pesa Business App for micro and small-medium enterprises (MSMEs), as well as Bill Manager, Merchant Transacting till and Self On-Boarding process. Safaricom has also announced that its planned consumer M-Pesa App will be launched in the next few months.

Safaricom launched 5G trials in April 2021 for individual and enterprise customers and said it would expand 5G sites to more than 150 across nine towns over the next 12 months. Safaricom believes 5G will supplement its growing fiber network.

"Despite a tough financial year, the company is committed to investing in the business and maintaining a consistent dividend payout ratio in line with our dividend policy," Ndegwa added.