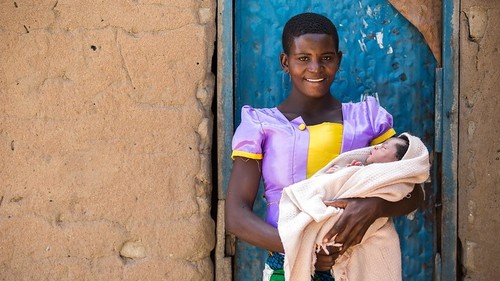 The Vodafone Foundation plans to spend $28 million to expand its M-Mama "ambulance taxi" program from Tanzania to Lesotho and some other sub-Saharan African countries.

The group said in a statement that the program would initially expand to Lesotho, with a co-investment of $4.5 million by the Foundation and the Government of Lesotho to introduce M-Mama across the country through the Ministry of Health.

Vodafone said that in Tanzania, M-Mama has helped to reduce regional maternal mortality by 27%, transporting 8,800 high-risk women and 1,950 newborn children to the hospital over the past five years.

Lesotho has one of the highest rates of maternal mortality in the world, and M-Mama could provide lifesaving care to 8,500 pregnant women and their children over the next four years in the country.

Tanzanian success
M-Mama emergency services started in 2015 in Tanzania with the support of the government and other partners. It provides a toll-free number and 24/7 call center to connect women who experience complications in pregnancy, labor, or with a newborn, to either an ambulance or to a fleet of "ambulance taxis."

As part of the Tanzanian program, local taxi drivers are trained to handle the transportation of obstetric emergencies and given the equipment they need to get patients safely to the hospital. A woman in distress telephones a free 24/7 call center and either an ambulance or the nearest ambulance taxi is dispatched.

The ambulance taxi driver is identified through the M-Mama mobile app then paid electronically using M-Pesa once safely at the hospital, at no cost to the women being transported. 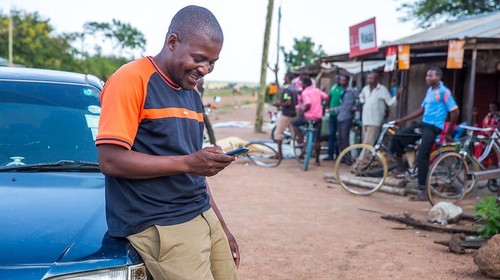 Local taxi drivers are trained to handle the transportation of obstetric emergencies as part of the M-Mama "ambulance taxi" program in Tanzania.
(Source: Vodafone Foundation on Flickr)
M-Mama has saved the lives of around 500 Tanzanian women over the past five years using a fleet of 100 ambulance taxis that have reduced the journey time to hospital over poor quality local roads by up to 45 minutes compared to an ambulance. The number of women and children transported was equivalent to three times the number of emergencies transported before the service's inception in 2015.

Lesotho goals
The maternal mortality rate in Lesotho is six times higher than the UN's 2030 target, with 487 deaths per 100,000 live births, meaning around 272 women die every year in pregnancy or childbirth.

Vodafone Foundation said it will establish three call centers to cover the entire country 24 hours a day and will provide technical expertise to get the system up and running. The Lesotho government is committing health staff and an increasing percentage of the transport costs to ensure that the program is entirely sustained, within existing health budgets, over the next four years.

Reducing maternal mortality is the number one health priority in the UN's Sustainable Development Goals, because many women in rural areas continue to lack adequate access to antenatal care and delivery services. 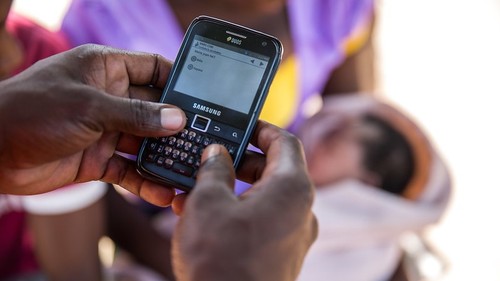 Ambulance taxi drivers are contacted through the M-Mama mobile app and paid electronically using M-Pesa, at no cost to the women being transported. Source: (Vodafone Foundation on Flickr)