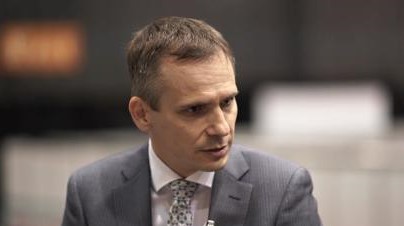 Vodacom has hired a new group chief technology officer (CTO), Dejan Kastelic, who will join the SA-based telco next month, as long as his work permit is approved.

Vodacom Group CEO Shameel Joosub announced the news in an internal email to staff saying that Kastelic would join the company on May 1, reporting directly to Joosub.

In November 2019, Vodacom announced that long-time CTO Andries Delport had resigned and would leave in May 2020, after 23 years with the company. Delport is set to join Remgro's telecoms business, Community Investment Ventures Holdings (CIVH), as CTO.

Kastelic is currently chief technology and information officer (CTIO) at Indosat Ooredoo, which is part of the Qatar-based Ooredoo Group. He is also the director of Indosat Singapore and the deputy chairman of the supervisory board of Posta Slovenije, the state-owned company responsible for postal service in Slovenia.

Kastelic began his professional career with Slovenia's first alternative provider of telecommunication services, Amis, and was later promoted to CTO. He also worked for IBM in Europe and in 2012 joined the Telekom Austria Group and took over as CTIO for Vip mobile Serbia. He was then assigned to Si.Mobil Slovenia (now A1 Slovenia) and Mobiltel Bulgaria (now A1 Bulgaria) until 2017 in the same capacity until he was appointed to his current role at Indosat.

Kastelic is a graduate of the University of Maribor in Slovenia and has also studied at Harvard University in the US and INSEAD Business School in France.

New chief strategy officer
Vodacom also announced that Puso Manthata has been appointed as chief officer for strategy, mergers and acquisitions, and would join Vodacom in June 2020.

Manthata is a chartered accountant and Joosub said he brings over 16 years of experience in investment banking, having worked at multinational investment banks such as Deutsche Bank and Goldman Sachs.

He has worked across several disciplines, including mergers and acquisitions, disposals, restructurings, debt capital markets and equity capital markets.

His most recent role was at Rand Merchant Bank where he was the co-head of corporate finance.