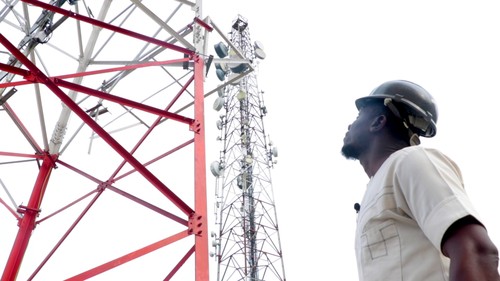 Getting more individuals and businesses in Africa online, especially in rural areas, remains a high priority, but mobile operators are under-incentivized to roll out effective service given the lower spending power of non-urban users.

Where incumbents have failed, African startups are stepping in to expand connectivity and additional services to regions where the Internet has struggled to penetrate thus far. One of the key startups doing this is Nigerian company Tizeti, founded in 2014.

The startup's innovation is in the combination of Wi-Fi connectivity and solar power. Tizeti leverages the large wireless capacity available with Wi-Fi, and the falling cost of solar panels to create a network of owned and operated towers through which it provides unlimited Internet to customers at low prices.

All of this happens via its consumer-facing brand WiFi.com.ng, which serves residential compounds and small businesses through these solar-powered towers at half the price of MNO-provided capped data plans.

"Tizeti still remains the top company providing truly unlimited Internet service as the competition brought back their own offering but throttle speeds past certain data usage," he claims.

Tizeti has more than 100 towers, delivering over 100TB of Internet daily.
Access disparity
Providing Internet services to rural areas has long been seen as a key component of development in Africa but establishing offerings such as these in a cost effective and sustainable manner has proven tough for many companies.

According to Teddy Woodhouse, research manager for access and affordability at Web Foundation, this is why there are such huge disparities in access between urban and rural areas across the world.

"It's not just that these areas are more likely to have more difficult terrain, but the lower population density makes infrastructure more expensive per user because each part of the infrastructure is likely providing service to a smaller number of people than that same piece of infrastructure would in an urban area," he said.

"In turn, this lack of infrastructure, which also exists in the energy and transport sectors, creates a compounding disincentivizing effect for network operators to provide Internet coverage in more remote areas."

Tizeti has found a way of making the rollout of this infrastructure cost effective, and solar is at the heart of it.

"Power was a big challenge as we built out our network of towers. We solved the problem by powering them with solar energy, which resulted in huge savings in operating expenses, which are passed on to the customer," Ananyi said, adding that solar-powered towers are 25% of the cost of the towers owned by incumbents.

Tizeti has overcome many of the expenses of extending connectivity outside of urban areas, with building out this infrastructure still requires capital, even as the costs of solar panels and other equipment come down. The startup secured a US$3 million funding round in 2018, taking its total secured investment to more than US$5 million, and counts the renowned Silicon Valley-based accelerator Y Combinator among its investors.

This has helped Tizeti grow at an impressive rate. It now has more than 100 towers, delivering over 100TB of Internet daily. Its unlimited plans start at US$30 per month, and all plans are prepaid.

Expansion opportunity
Last November, the startup launched its high-speed 4G LTE network in Nigeria's Rivers, Ogun and Edo States, with plans to extend it to leading cities in Nigeria and across West Africa this year. It is scaling impressively, overcoming a challenge Woodhouse believes is common among companies providing connectivity services.

"A key challenge is how do you get these solutions to scale. Community networks are a great success story in countries like Mexico and elsewhere. In Brazil, infrastructure sharing got the major network operators to build out to new areas. Similar partnerships in Tanzania had similar success. Universal Service and Access Funds can be effective here, too, in pushing funding to rural areas," he said.

"But in each of the examples I can think of, the turning point from a pilot idea to tangible impact happened because the right incentives were in place. This is the essential role that governments can play – first, supporting innovations to start, and second, building the environment that can let those innovations scale. We have promising examples of the first, and we need to do a lot more of the second."

Ananyi believes Tizeti has benefited from a favorable environment in Nigeria and Ghana, the markets in which it operates.

"Telecoms regulations are clear, and meeting the requirements has helped us attract the right investments to grow and provide affordable unlimited Internet access," he said.

The company, which has also established important partnerships with companies like MainOne and Facebook, is looking further afield than its two current markets, and plans to expand to French-speaking West African markets next. It is also adding more services on top of simply providing connectivity.

"We launched a voice service – wifiCall – which is another vertical we will be executing on. This gives users unlimited calling within Nigeria," Ananyi added. 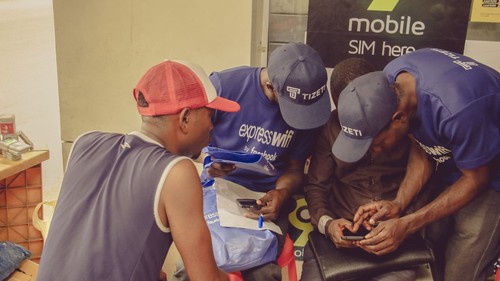 A Tizeti ambassador explaining the Express WiFi service to customers.
Renewable revolution
For Woodhouse, solutions like Tizeti marrying Internet provision with alternative power sources is something we will see much more of in the future given the potential it has to reduce the carbon impact of connectivity and change the economics of renewable energy sources.

"As we have more companies and players moving to renewable sources  be it solar, hydro, what have you  it creates a new market demand for more companies to provide the supply of renewable power generation. There's the potential for a symbiotic relationship here in a transition away from diesel and more carbon-intensive energy solutions, but most markets need innovators, like Tizeti, to start the discussion," he said.

"And then we need policies and public-backed investments to support and scale these innovations where we see them doing good things for connectivity and for the environment."

These innovations at the infrastructural level are already helping millions of people get online across the world, but Woodhouse says governments need to incentivize such innovation more.

"The sticking points really come back to the incentives. We're failing these innovations by not creating an environment to let them scale. Because of regulations that think of major mobile network operators as the default entity, a small community network might not be able to keep up with the licensing requirements or buy the necessary spectrum at their scale," he said.

"Because of unreliable electricity from the grid or high import taxes on technology to support renewables, diesel generators can become the default way to power Internet infrastructure in remote and rural areas. We have the innovations, and we have the opportunities that need it: we just need to get the right factors in place to put things together."

For now, Tizeti is operating in a niche, with government support for a solar-powered rollout of Internet connectivity outside of major cities. It has taken positive early steps, and it now just remains to be seen how far it can go and whether other such services will be able to undertake similar journeys.