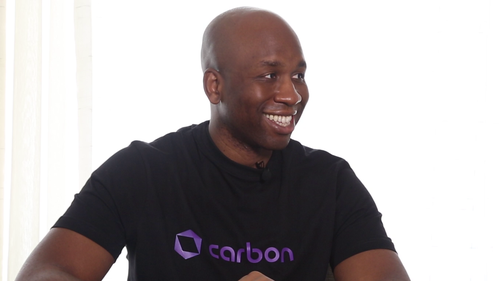 Last year was a busy one for Nigerian startup OneFi , which secured funding, made an acquisition, rebranded its core product, and expanded into new verticals -- all of this as it refashions itself as a fully digital bank.

Founded by brothers Chijioke and Ngozi Dozie, OneFi is the parent company of what was known as Paylater, a platform launched in 2016 to provide Nigerians with access to instant loans.

The company's most recent financial results, for 2018, show that Paylater had disbursed more than US$35.6 million in loans that year alone, and achieved revenues of $10.4 million. But with the company looking to the future, the brothers decided a rebrand was necessary.

"As the suite of financial services in our app expanded, the name became a little limiting. This is why we rebranded as Carbon in April 2019, signalling our intent to offer the most diverse digital finance platform anywhere," said Chijioke Dozie.

Then in March, OneFi secured $5 million in debt funding from Lendable to help it expand. Dozie said the investment "enabled us to consolidate our position in the market and onboard new expertise to refine our core offering."

In the same month the company acquired another Nigerian startup -- payments solution Amplify. Launched in 2015 by Segun Adeyemi and Maxwell Obi, Amplify had grown into one of Nigeria's leading online recurring payment processors, supporting more than 1,000 merchants and handling digital transactions for four of Nigeria's biggest banks. Now the acquisition has added Amplify's flagship products -- AmplifyPay and mTransfers -- to OneFi's portfolio.

OneFi co-founder Chijioke Dozie
Transforming into a digital bank
This is all part of a strategy to become a one-stop shop for financial services, with Carbon offering additional products such as savings, bill payments and credit reporting to its customers. In October, it also launched a digital financial services platform to help SMEs grow. Essentially, Carbon is becoming a fully fledged digital bank.

Why is it doing this? Fintech startups usually begin life, and build customer bases, by unbundling banking services and specializing in single segments. But as the sector matures the trend globally seems to be "rebundling" with startups merging or adding new services to keep existing customers and tempt new ones.

This could yet have a major impact in Africa, where traditional banks have failed woefully in bringing about greater financial inclusion. Digital banks may yet succeed, and a host of startups aside from OneFi are working towards becoming them. In Nigeria alone, it has competition from the likes of payment apps such as TeamApt, which has secured a switching license from the Central Bank of Nigeria, and Kudi.

Dozie said OneFi's pursuit of digital bank status is giving customers what they want, and will help the company stand out from the crowd in a busy African fintech sector.

"The rebundling of banking services in Africa is driven mainly by market demand, and businesses that fail to recognize and address the diversity of their customers that underpins this risk getting lost in the crowd," he said.

"As the fintech space in Africa continues to mature, and more players come into the market, startups will need to focus on differentiating themselves from the competition. Merely offering a product or service will no longer suffice for building customer loyalty." 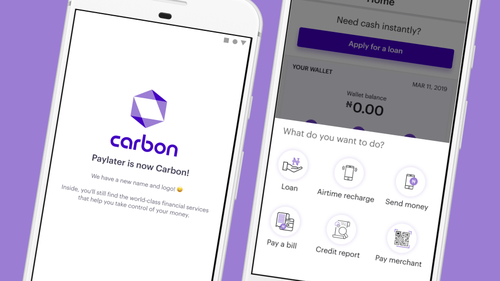 African growth aspirations
While OneFi is growing into new verticals it is also targeting geographic expansion. It launched into its first new market -- Kenya -- in December. For now, it is allowing Kenyans to access instant loans of between $50 and $500 via their mobile phones. Additional services are planned, as is expansion into other countries.

How will it be received in Kenya? Michael Kimani is a fintech and blockchain expert based in Nairobi and he says the market is saturated for some types of lending models, such as offering loans to individuals with no collateral and for undefined purposes.

"It is far too easy for users to borrow from your service and default. I think this segment is already crowded," he said, mentioning the likes of other mobile lending platforms Branch and Tala.

In recent times, Kimani said, the industry is tending towards lending for specific purposes, where users are limited in how they can use funds; lending to small businesses and SMEs, where inventory can be used as collateral; and lending to professional salaried individuals where cash flows are predictable and assured.

This is the space in which Carbon is playing, and Kimani said Kenya may be ripe for the arrival of OneFi for other reasons.

Carbon is getting in early. There are as yet no digital banks in Kenya, but developments are afoot. Kenya's Central Bank and Singapore's Monetary Authority signed an MOU last year to collaborate on digital finance, with Singapore having since received 21 applications for five digital banking licenses.

"These are signs we are moving into a digital banking regime," Kimani added.

This fits into OneFi's ambitious plans for Kenya and Africa more widely. There is no timeframe as yet, but Dozie said the company will roll out its services to more African countries, as well as Africans in the diaspora.

Scaling in the fintech sector is a partnerships game, however, and to progress the startup will need to see similar growth in its new markets as it has seen back home, and work closely with other businesses, as it is doing with Amplify. More funding may also be necessary.

"As we continue on the journey of becoming a pan-African digital bank, we would be happy to partner with investors that can support us in this process," Dozie concluded.