Tanzania's mobile operators added just over 1 million additional mobile subscriptions between them during the third quarter of 2019, taking the total to 44.8 million by the end of last September, according to the latest statistics shared by the Tanzania Communications Regulatory Authority (TCRA).

Vodacom is the leading mobile operator with a 33% market share, followed by Airtel with 26.6% and Tigo with 26.1%, as the chart below shows. 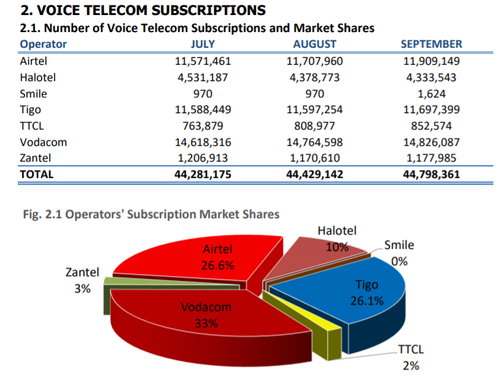