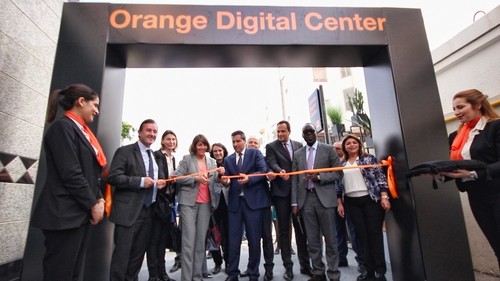 French telecoms group Orange has opened its second Digital Center in Africa and the Middle East, with plans for three more by the end of this year.

The Dakar center will be dedicated to innovation and Orange says it is the first of its kind in West Africa, with a surface area of 2,000 square meters over six floors.

The purpose of the Orange Digital Centers is to bring together several strategic programs under the same roof, including a coding school, Solidarity FabLab, Orange Fab, Orange Digital Ventures Africa and the group's investment fund. All of the programs provided are free-of-charge and include digital training for young people, startup acceleration, guidance for project owners and investment in these projects.

Three similar centers are expected to open in the region by the end of the year, with two more planned in 2020.

"We are working in close collaboration with all the stakeholders, including governments and academics, to strengthen the employability of young Africans and to encourage them to run businesses and to innovate in their countries," said Alioune Ndiaye, CEO of Orange Africa and the Middle East.

"Our ambition is to deploy this initiative outside Africa, from the south to the north, by opening Orange Digital Centers in France and Europe. For the moment, Côte dIvoire, Jordan and Cameroon will follow in the next few months and in 2020 Morocco and Egypt, then all the countries in the Africa and Middle East zone will have their own Orange Digital Center," Ndiaye added.

The Dakar center was opened in partnership with Orange subsidiary Sonatel.

"These new spaces are dedicated not only to students, young people with and without diplomas and young people changing career, but also to entrepreneurs reflecting the ambition to promote a strong and innovative digital economy for the country's socio-economic development," said Sonatel CEO Sékou Dramé.

Sonatel, in which Orange owns a 42.33% stake, has almost 30 million customers in West Africa. Besides Senegal it is also present in Mali, Guinea, Guinea Bissau and Sierra Leone.

Orange is present in 19 countries in Africa and the Middle East and had around 123 million customers as of the end of June 2019. With sales revenue of 5.2 billion (US$5.77 billion) in 2018, the region is a strategic priority for the group. Orange Money, its mobile-based money transfer and financial services offering, is available in 17 countries and has 45 million customers.

The opening of the first Orange Digital Center in Tunisia.