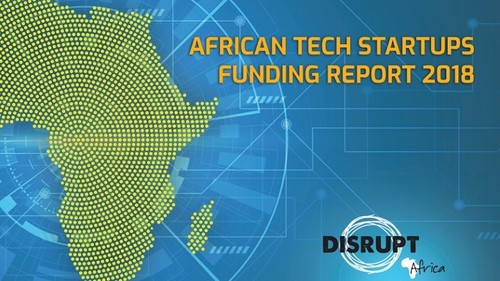 African tech startups have never been so attractive to investors, particularly if they're in Nigeria and focused on the fintech sector: That was the key takeaway from the first leg of this two-part feature. (See Tech Startup Funding In Africa: 2018 Hits Record High.)

But there's more to talk about in terms of last year's developments. The rise of Nigeria and the sustained dominance of fintech are, without doubt, the major stories of 2018, but there were broader reasons to be cheerful across the African tech space.

According to the African Tech Startups Funding Report released by Disrupt Africa, a number of other sectors saw significant growth in 2018, most notably transport and mobility, which saw startups raised a combined US$34.5 million, up 2,640% year-on-year. Logistics also saw impressive growth -- up almost 400% to $19 million -- while there were also notable returns for agri-tech and health-tech.

Nigerias gain may be the most notable, but other major ecosystems all posted growth. South Africa's numbers improved, as did Kenya's, though the real developments -- and some of the most positive -- are occurring away from the traditional 'big three' of African tech. The share of funding taken by these three markets has been in steady decline, falling to 62% in 2018 from a high of 82% in 2015.

In fact, the rise of Egypt means the 'big three' could become the 'big four.' With 34 startups raising a combined $58.9 million, up more than 500% compared with 2017, the North African country has finally joined the big league of African startup ecosystems. Startups from 16 other African countries raised funding, showing investors are increasingly interested beyond the usual jumping-off points.

Few are far between, in reality, with the vast majority of backing coming from overseas. This needs to change.

"Everywhere in the world, local investors are a critical part of a thriving ecosystem. The most sought-after local investors build a reputation for fair, founder-friendly terms, and for providing additional value, such as offering support in identifying and closing talent," Akinlade said.

Bademosi said it is important that more local investors like him enter the space.

When local investors pump money into startups, that "has a signaling effect for global investors -- better yet, there's a lot of commercial upside to be an investor with a long-term view on the market. So you can do good and do well at the same time," he said.