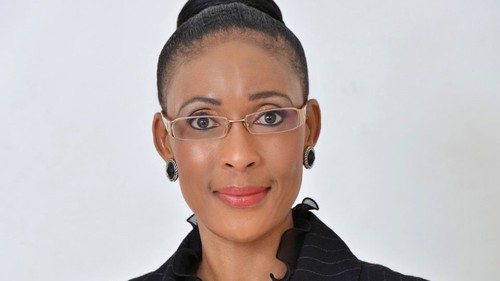 Barnard, the current Director for Public Sector at Microsoft, will replace Zoaib Hoosen who has resigned after nearly five years at the helm.

Since his appointment in 2014 Hoosen has successfully driven Microsofts growth in South Africa, overseeing the business evolution to the cloud and computing at the edge. He has also been pivotal in building programmes around digital skills development especially among the youth, helping to digitally transform education, and enabling access to technology for social impact, while also helping South African businesses to digitally transform.

Barnard joined Microsoft in May 2017 in her role as Director, Public Sector, she has more than 20 years ICT experience having been in leadership roles both in South Africa and internationally.

South Africa continues to be one of Microsofts key markets to drive our digital transformation ambitions and empower governments, organisations and individuals to achieve more, said Samer Abu-Ltaif, President Middle East and Africa at Microsoft. Lillian is a seasoned professional with proven capabilities and a strong understanding of the region. We believe she is just the right person to take on this role and further strengthen Microsofts commitment to South Africa to fuel economic growth, drive prosperity, and transform industries and societies.

During her tenure at Microsoft, Barnard has pulled together a strong Public Sector team that has delivered innovative digital solutions and helped digitally transform the South African Government.

She has also been pivotal in re-igniting the South African chapter of [email protected] and spurring a culture that embraces gender equality in the workplace.

Barnard is very passionate about the empowerment and advancement of women and has a personal mandate to develop Africas next generation of leaders. She is patron of the Dream Girls International Outreach and Mentoring Programme of South Africa.

Her development and impact as a leader, as a spokesperson, as technologist and as a seller within Microsoft have positioned her as an ideal successor capable of leading Microsoft South Africa into its next exciting chapter.

Prior to joining Microsoft, Barnard served as the Chief Sales Officer at Vodacom and worked for IBM for 15 years, seven of which were at the European Headquarters in France and Switzerland, where she held many key positions.

She has served on the Boards of Vodacom South Africa, Mango Airlines and the Dad-fund Non-Profit Organisation.

Succeeding someone who has led with such distinction is an honour. Zoaib has ensured that I will be taking over an extraordinary organisation. The business truly is in a strong position as a result of his commitment over the last five years. I am planning to continue to drive this growth as we move forward, Barnard said.

Microsoft is grateful for Hoosens service and wishes him well in his future endeavours and welcomes Barnard into her new role.