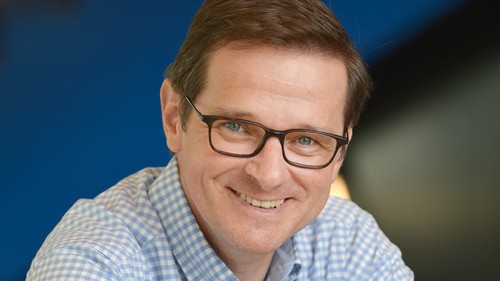 Satellite network operator giant Intelsat has joined the GSM Association (GSMA), the industry body that represents the world's mobile network operator (MNO) community, in an effort to strengthen its relationship with those operators and ensure seamless interaction between satellite and mobile networks as the communications industry migrates towards a 5G world.

Jean-Philippe Gillet, Intelsat's vice president and general manager of Networks, told Connecting Africa: "Intelsat is a global company and works with MNOs across every region, including all the major MNOs in sub-Saharan Africa. In joining GSMA and other organizations such as ATIS and the Seamless Air Alliance, we are focused on playing an integral role in developing the standards that will govern 5G."

He continued: "This will enable us to work more closely with the broader mobile operator ecosystem to ensure that our technology can be easily plugged into any network. By doing so, MNOs can harness the benefits of Intelsat's global network, help them meet the challenges of growing bandwidth demand, extend their networks and increase ARPU in new areas that were once cost prohibitive and expand into new applications, such as the connected car -- in sub-Saharan Africa and around the globe."

Jean-Philippe Gillet: "This will enable us to work more closely with the broader mobile operator ecosystem to ensure that our technology can be easily plugged into any network."

Intelsat's full statement about joining the GSMA is as follows:

LUXEMBOURG -- Intelsat S.A. (NYSE: I), operator of the worlds first Globalized Network and leader in integrated satellite communications, announced that it has joined GSMA, the organization representing mobile operators worldwide, to further strengthen the integration of satellite and terrestrial technologies and advance 5G deployments.

Intelsat is now a full member of the London-based GSMA. The association unites more than 750 operators with over 350 handset and device makers, software companies, equipment providers, and internet companies as well as organizations in adjacent industry sectors.

Satellites have a long-established record of complementing terrestrial mobile networks to ubiquitously, seamlessly, and cost-effectively deliver connectivity in and around cities as well as to more remote and rural regions. With demand for broadband growing exponentially, driven by consumers as well as by machine-to-machine and Internet-of-Things applications, the development of fully integrated, hybrid satellite and terrestrial networks will be essential to meeting that demand and in an efficient and cost-effective manner. Incorporating the strengths of different technologies under one seamless network will accelerate the development of the 5G network architecture. This will deliver enhanced connectivity to a world in constant motion and expand opportunities for the entire MNO ecosystem, a shared goal of Intelsat and the GSMA.

As 5G comes to market, we must capitalize on the strengths of multiple delivery technologies to satiate the connectivity demands of businesses and communities around the world, said Jean-Philippe Gillet, Intelsats vice president and general manager of Networks. By joining the GSMA, we will continue to forge new working relationships and develop business models that accelerate the expansion of more powerful mobile networks. We will collaborate even more closely with companies across the mobile ecosystem and build innovative partnerships that incorporate the complementary strengths of satellite and terrestrial technologies and create the hybrid networks that advance the cost-effective deployment of mobile connectivity around the world.