Here it is - the full interview with Tigo Rwanda's Pierre Kayitana.

Pierre is the Head of Regulatory Affairs, Corporate Responsibility and Regional Government Relations at Tigo in Rwanda.

We sat down with Pierre following his participation in the panel discussion: 'Intra-regional data roaming and creating the One Network Area initiative', at this year's East Africa Com.

Pierre discussed the various benefits that have resulted from the One Area Network arrangement between the countries of Rwanda, South Sudan, Uganda and Kenya - capping calling costs between these participating countries and allowing people travelling between these countries to pay the same rate, as if they were local customers.

He also went on to talk about infrastructure and capacity in East Africa and whether intra-regional agreements such as these could be extended to include data roaming in the near future.

Pierre also touched on ICT and and telco development and how the collaboration between companies, operators and government can bring about solutions to some of the region's more deeply ingrained challenges.

If you are interested in how tech and telco is enabling socioeconomic development and social empowerment on the African continent, through initiatives such as the above, why not attend AfricaCom 2016?

Africa's biggest tech and telco event is taking place between the 14th - 18th November at the Cape Town ICC, find out more here.

You can book your AfricaCom tickets here. 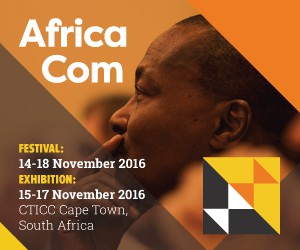