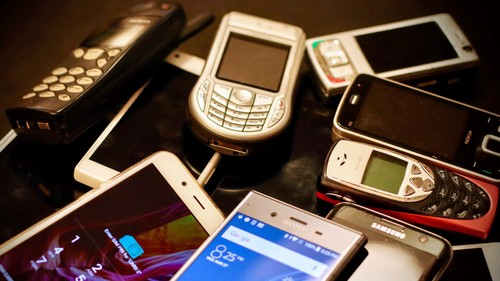 The high cost of 4G devices is still a major stumbling block keeping many Africans offline and still using 2G feature phones. That is the sentiment from a new report from Vodacom, Vodafone and Safaricom titled A lifeline, not a luxury: accelerating 4G for sub-Saharan Africa.

"There are many barriers hampering the migration to 4G, one being unaffordable 4G-enabled devices. While mobile is the primary form of access to digital services in Africa, many are still using 2G-enabled phones, with the consumer base growing rapidly," said Vodacom Group CEO Shameel Joosub as part of the report's introduction.

In 2020, 3G networks covered 81% of sub-Saharan Africa compared to 49% in 2014, according to GSMA data. Last year, 51% of the region was covered by a 4G network; however, many people still use 2G-enabled phones and millions of new 2G users are added every year.

Although 4G coverage is growing, the technology remains underutilized in Africa and the COVID-19 pandemic has showcased just how wide Africa's digital divide remains.

"For as long as the digital divide exists, Africa will struggle to offer scaled digital services like e-learning, e-government, e-commerce, or e-health. All of these rely on fast, videocapable, interactive and stable 4G or broadband connections. But while 2G and 3G is widespread across Africa, 4G usage lags behind," the Vodacom report said.

"Unfortunately, COVID-19 has further exacerbated the price gap between advanced and basic mobile devices, also increasing the complexity of the digital divide issue in Africa."

It's a no-brainer that lowering the cost of devices will get more people to use smartphones. But at the current levels, smartphones remain out of reach for millions of Africans.

"By optimizing all value chain aspects, we estimate we can move smartphone costs down to about US$40-42. This is clearly very far from sufficient to bridge the gap against the average US$5-8 2G phones that most people can currently afford without additional policy measures," the report's authors said.

Joosub said that for universal 4G usage to become a reality, stakeholders must address the affordability of 4G devices and connectivity, while building skills, offering financing and supporting digital startups to drive 4G demand.