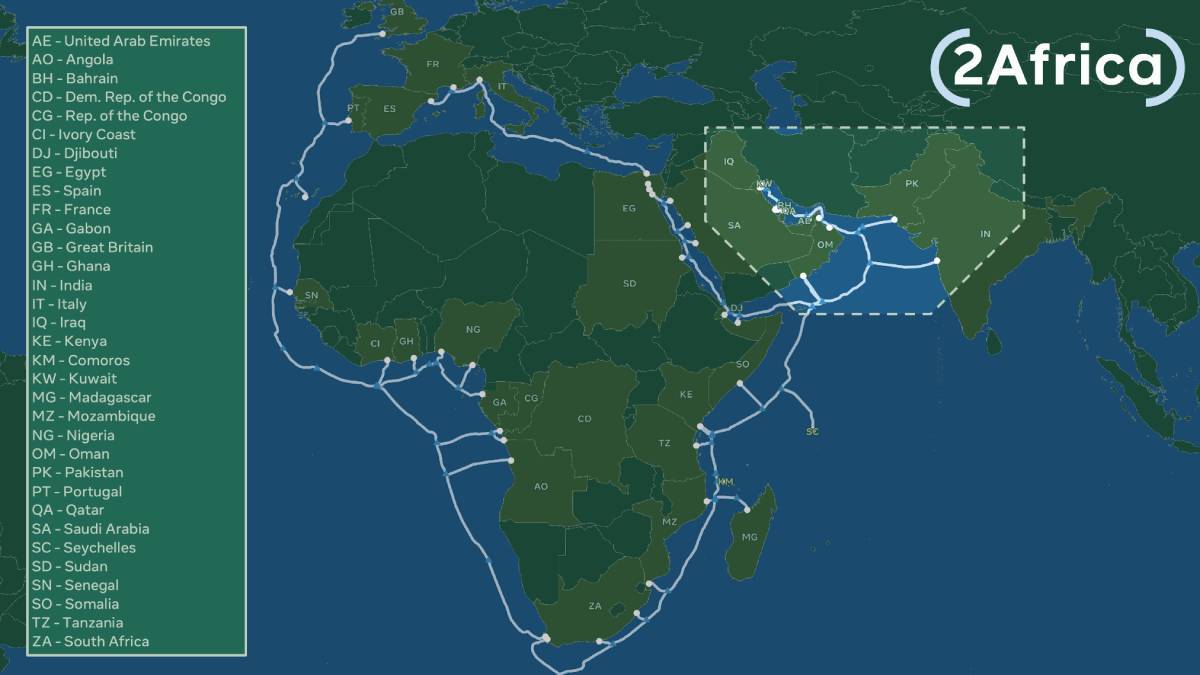 The highly anticipated 2Africa subsea cable system has announced yet another addition which will stretch to the Arabian Gulf and South Asia making the cable the longest in the world.

The new segment  called the 2Africa PEARLS branch  will extend to the Arabian Gulf, India and Pakistan. This extension will bring the total length of the 2Africa cable system to over 45,000km, making it the longest subsea cable system ever deployed.

The group announced its original plan for the 37,000km long cable in May 2020, saying it would interconnect Europe (eastward via Egypt), the Middle East (via Saudi Arabia) and Africa.

In August, the cable system added four additional branches, extending connectivity to the Seychelles, the Comoros Islands and Angola, as well as adding a new landing in Southeast Nigeria. Another extension to the Canary Islands increased the number of 2Africa landings to 35 in 26 countries.

As with other 2Africa cable landings, capacity will be available in PEARLS landings at carrier-neutral facilities or open-access cable landing stations on a fair and equitable basis, encouraging and supporting the development of a healthy Internet ecosystem.

"To further support a burgeoning global digital economy, the expanded system will serve an even wider range of communities that rely on the internet for services from education to healthcare, and businesses, providing economic and social benefits that come from increased connectivity," the group said in a statement.

The PEARLS addition will extend international connectivity to an additional 1.8 billion people  taking the cable's total up to a possible 3 billion people, representing 36% of the global population.

Alcatel Submarine Networks (ASN) will deploy the new system utilizing new technologies such as SDM that allow the deployment of up to 16 fiber pairs, double that of older technologies and bringing greater and more cost-effective capacity.

*Top image is of the planned 2Africa Subsea Cable System with the PEARLS addition. (Source: MTN)