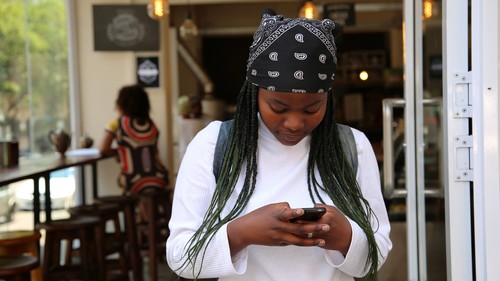 MTN has come out as South Africa's best network during the COVID-19 lockdown, according to a new report from MyBroadband Insights.

The Q2 2020 Mobile Network Quality Report shows that South Africa had an average mobile download speed of 27.13 Mbit/s and an average upload speed of 10.53 Mbit/s, while average latency in SA was 32ms. South Africa's average speeds have been trending up since the first quarter of 2018, according to the research. 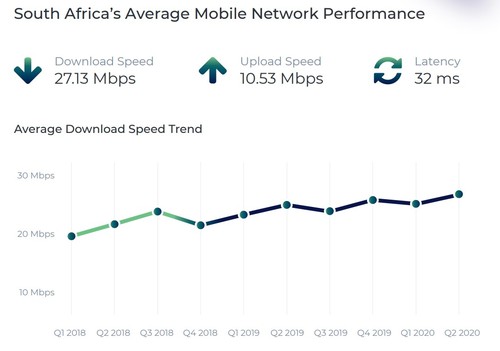 All graphics courtesy of MyBroadband Insights.

The report is based on 278,890 speed tests which were performed by thousands of MyBroadband Speed Test App users across South Africa between April 1 and June 30, 2020. The download speed (60%), upload speed (20%) and latency (20%) were used to calculate a Network Quality Score out of 10.

MTN was also ranked as the best network in the cities of Tshwane, Johannesburg, Cape Town and Durban.

Lockdown impact lingers
South Africa's lockdown has now reached over 100 days, with a 21-day hard lockdown instituted on March 26 by the government to try to control the spread of the COVID-19 pandemic. The hard lockdown was extended for a further two weeks and has since continued in phases moving to an eased lockdown.

During South Africa's lockdown, data traffic increased by up to 50% and there was pressure on mobile networks to maintain good service levels with the increased demand for data.

The report's authors said that the big traffic jump would typically result in a decrease in network speeds, but this was not the case for most operators thanks to temporary spectrum issued by the Independent Communications Authority of South Africa (ICASA) in April.

However, there was one exception: data-only network Rain, which saw its average download speed decrease by 30% between the first and second quarters of 2020, despite receiving additional spectrum from ICASA.

"The reason is that the frequencies which ICASA allocated to Rain were not what they asked for and were not suitable for rapid deployment with their current radios," MyBroadband Insights said.

"This means Rain has to procure new radios to use the new spectrum  a process which they are currently busy with."

Vodacom also saw a 2% decline in average download speeds, from 29.79 Mbit/s in the first quarter to 29.08 Mbit/s in the second quarter. MTN, however, saw an increase of 20% between the quarters, while Telkom's speeds rose almost 5.5% and Cell C ticked up 0.57%.