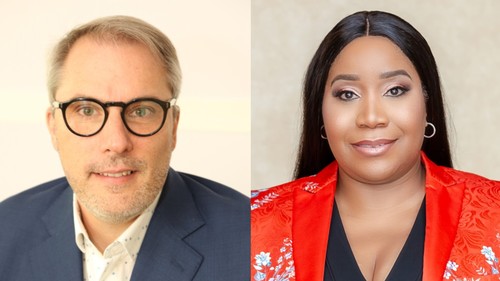 *Top image is of MTN's Stephen Blewett and Uche Ofodile who are taking up new CEO roles for the group.