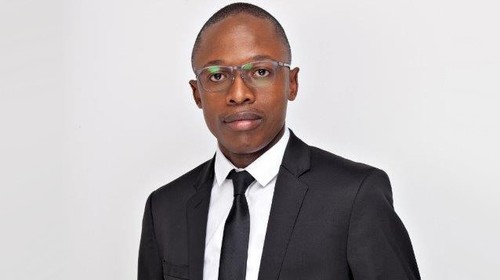 The Independent Communications Authority of South Africa (ICASA) is releasing emergency spectrum to meet the spike in broadband services demand due to the COVID-19 pandemic.

South Africa is now on day 12 of a 21-day government-enforced lockdown attempting to reduce the spread of the deadly COVID-19 virus in the county.

As of Tuesday, South Africa had 1,686 confirmed cases and 12 deaths. Globally, Reuters had counted over 1.3 million infections and 74,087 deaths, while 273,736 people had already recovered from the virus.

ICASA said it had published a Government Gazette containing regulations aimed at easing the burden of regulatory compliance for the sector during the national state of disaster declared by SA President Cyril Ramaphosa. The regulations also aim to enable the sector to meet increased demand for ICT services during this period.

One critical measure introduced is the temporary release of high-demand spectrum (HDS) for the duration of the national state of disaster in order to ease network congestion, maintain good quality of broadband services, and enable licensees to lower cost of access to consumers.

ICASA will make temporary spectrum available in the 700MHz, 800MHz, 2300MHz, 2600MHz and 3500MHz bands. Licensees will be required to submit their applications to the Authority by Thursday, April 9, 2020.

The emergency spectrum will only be available until three months after the national state of disaster ends, or at the latest until November 30, 2020. Fees for the spectrum will be waived but if operators continue to use it beyond the end date they could face fines of R100,000 (US$5,450) per day.

"It is of critical importance to note that the emergency release of this spectrum does not, in any way whatsoever, negate the processes that are currently underway for permanent assignment of spectrum through an auction, the process which the Authority had committed to finalise by the end of 2020; as well as the assignment of spectrum to be set aside for the Wireless Open Access Network (WOAN) due for completion next year," said ICASA acting chairperson, Dr. Keabetswe Modimoeng, in an emailed statement.

South Africa's mobile operators have been waiting for many years for high-demand radio frequency spectrum to be released by the government. Telcos have until now been forced to refarm 2G and 3G spectrum to provide 4G services, while plans for 5G have almost remained theoretical without access to the correct spectrum.

However, as Modimoeng mentioned, there is light at the end of the tunnel after ICASA in November 2019 published an Information Memorandum outlining its plans for the licensing process for spectrum for both 4G and 5G services.

"The Authority will take all measures necessary to ensure that the permanent licensing process for HDS is expedited. In this regard, the Authority is sensitive to the fact that the emergency release of the spectrum to meet the challenges posed by COVID-19 pandemic, should neither delay nor undermine processes to license the spectrum on a permanent basis," ICASA reiterated in its statement.

"The Authority confirms that type-approved electronic communications facilities provided in the country adhere to the prescribed standards and that there is no evidence that they pose any health risks to the country and/or its citizens," it said.

Last week South African Health Minister, Dr. Zweli Mkhize, also spoke out against the rumors that 5G radios are in some way responsible for the coronavirus, calling this idea "fake news."

On the weekend, UK Cabinet Office Minister Michael Gove, also came out against conspiracy theories calling them "dangerous nonsense." This comes after radio network masts were reportedly set ablaze in several locations in the UK, including the cities of Birmingham and Liverpool.