Glass Half Full for Liquid as Neotel Acquisition Completes 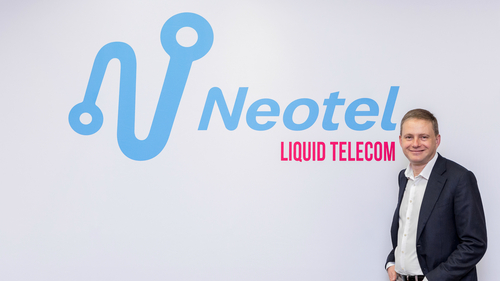 Liquid got the regulatory green light from ICASA (the Independent Communications Authority of South Africa) in December, and will see the fiber player significantly boost its South African proposition. Since its launch in 2006, Neotel has invested more than half a billion dollars into its fiber infrastructure, and serves more than 5,000 enterprise customers across the country. Additionally, Neotel has full backhaul fiber connections into all five of the international subsea cables running into South Africa, as well as two Tier 3 data centers in Johannesburg and Cape Town.

Liquid says the completion of the deal will give its South African presence a major boost, and represents a significant competitive advantage across the whole continent. Perhaps significantly, Liquid Telecom will be able to offer access via a single connection to over 40,000km of national, cross-border and metro fiber networks in 12 countries.

The telco has also done its best to hype up the potential benefits of the deal for Neotel, as much as itself.

"I am delighted to officially welcome Neotel into the Liquid Telecom Group," said Nic Rudnick, Group CEO of Liquid Telecom. "Today is an important new chapter for Neotel. The refinancing of the company's balance sheet will see a revitalised Neotel enter the market with the ability to offer consumers and businesses greater quality services and products delivered through world-class networks. As Liquid Telecom continues to grow, we are committed to maintaining our entrepreneurial spirit, encouraging innovation and delivering on our vision of a more connected Africa."

Liquid Telecom's Group CEO Nic Rudnick
The closure of the deal closely follows the capture of Tanzanian ISP Raha, marking what's been a busy February for Liquid Telecom -- and it's only halfway through the month. (See Liquid Telecom Expands Into Tanzania With Raha Acquisition.)