Only 20% of Ethiopians are online

Only about 20% of Ethiopia's population has access to the Internet, less than 40% have a mobile phone and only 5.8% of people use social media, according to the Digital 2021: Ethiopia report from DataReportal.

The Horn of Africa nation's telecoms industry is regarded as a massive growth opportunity because it is one of the last nations with a complete telecoms monopoly, but that is set to change in 2021 with the government planning to award two new licenses and sell a 45% stake in state-owned Ethio Telecom.

The liberalization of the market has been on the cards since 2018 , and is likely to promote much-needed competition and growth in the telecoms market.

Ethiopia has extended the deadline for telecom firms to bid for new operating licenses to April 5 with a number of big operators interested in expanding into the East African market.

Econet, Orange, MTN, Etisalat, Vodacom and Safaricom have all expressed interest in expanding their African footprints into the country.

The DataReportal report shows that Ethiopia had a population of 116.4 million in January 2021, with about 78% of those people living in rural areas. The number of Internet users in Ethiopia increased by 13% between January 2020 and January 2021, to 23.96 million, or Internet penetration of 20.6%. 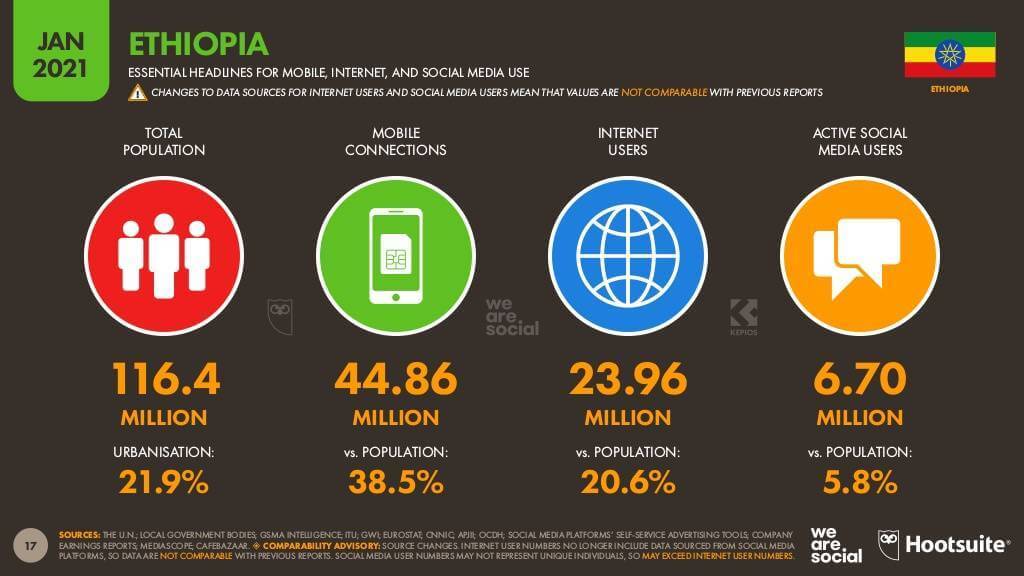 Source: Digital 2021: Ethiopia report from DataReportal and partners Hootsuite and We Are Social.
Mobile movements

Web traffic from mobile devices was dominated by Android with almost 90% of web traffic in the country originating from an Android device and just 5.6% from Apple devices. 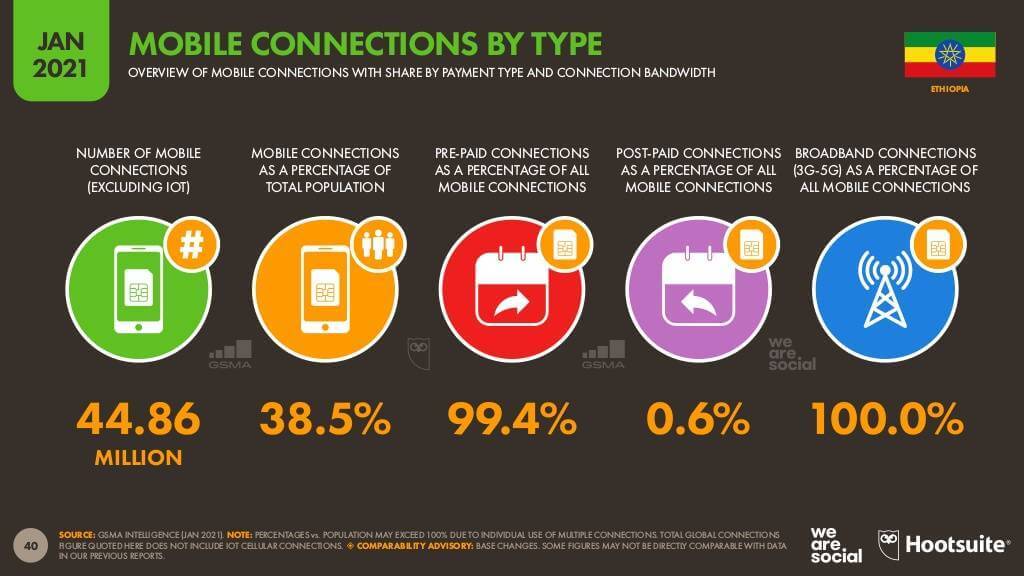 Source: Digital 2021: Ethiopia report from DataReportal and partners Hootsuite and We Are Social.
Not so social media

Not surprisingly, 96.2% of social media users in the country connected via a mobile phone. 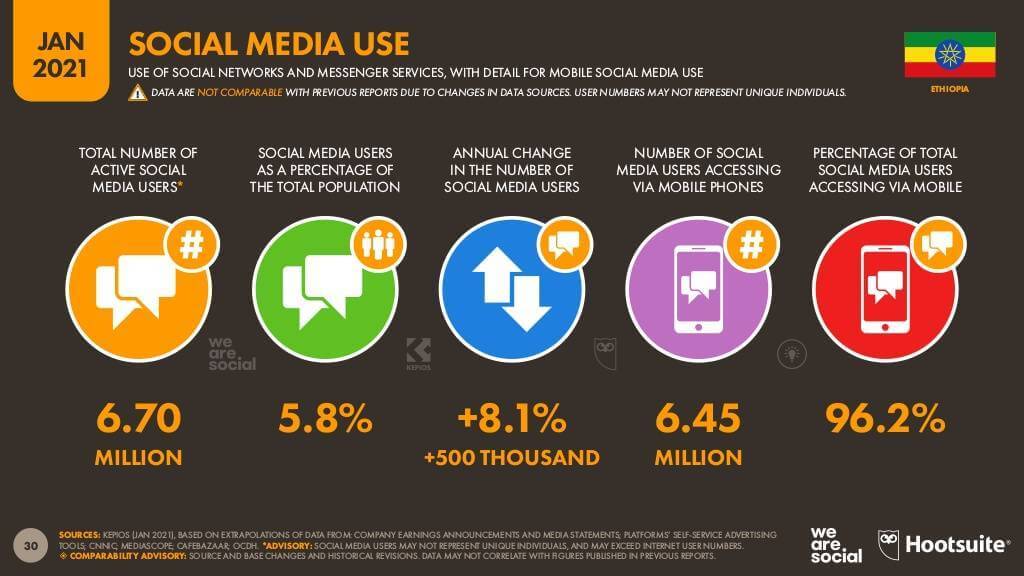 Source: Digital 2021: Ethiopia report from DataReportal and partners Hootsuite and We Are Social.
Facebook seems to have the biggest reach in the country with about 6.4 million users. Instagram had about 490,000 users; LinkedIn about 600,000 and Twitter just 139,600.

E-commerce figures remain extremely low in Ethiopia due to a lack of financial inclusion in general. 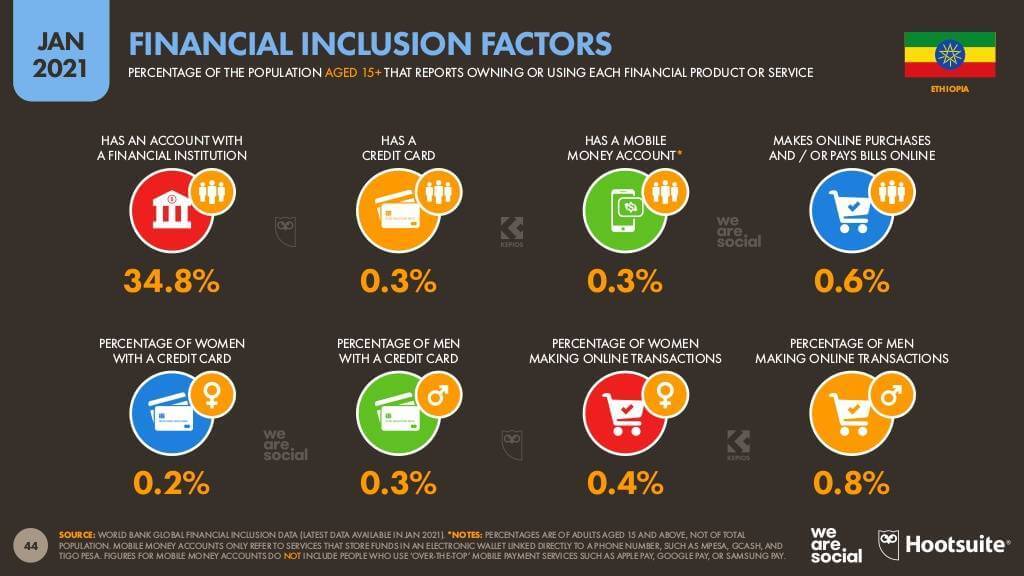 Source: Digital 2021: Ethiopia report from DataReportal and partners Hootsuite and We Are Social.