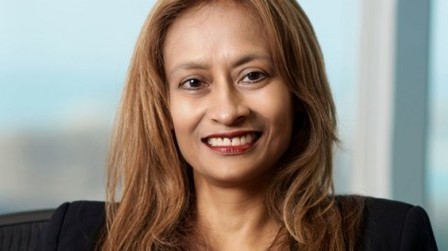 Mobile network equipment giant Ericsson is on the hunt for a new head of Market Area Middle East & Africa following the announcement that Rafiah Ibrahim is to step down from the position on August 31.

Ibrahim, who has held the role since April 2017, is also stepping down from Ericsson's executive team and will become an "advisor to CEO Börje Ekholm," Ericsson announced. (See Ericsson Reshuffle Brings New Top Team to Africa.)

That is another way of saying she is taking a slow transition out of the company.

Rafiah Ibrahim is being replaced as head of Market Area Middle East & Africa.

The move follows a disappointing performance for Ericsson in the region, where the vendor employs about 4,200 staff, roughly 4.5% of the vendor's total headcount.

That's in contrast to Ericsson's total group performance, which improved in 2018, including the final quarter of the year. (See Ericsson Hails First Annual Sales Growth Since 2013 as 5G Comes Calling.)

That dip in 2018 sales in MEA follows an unimpressive financial performance for the region's operations during 2017. (See Ericsson's Sales, Staff Numbers Shrink.)

Ericsson has been involved in a number of 4G, 5G and mobile money deals in Africa in the past year, but is nowhere near as influential or as ubiquitous as its main global rival, China's Huawei Technologies. (See Ericsson Wallet to Power MTN Mobile Money for Five More Years, Tigo Senegal Plans Network Boost with Ericsson, MTN, Ericsson, Netstar Claim 5G First for South Africa and MTN, Ericsson Take 5G on the Road.)

For more on this story, see the article on our sister site Telecoms.com: Ericsson loses another senior exec.