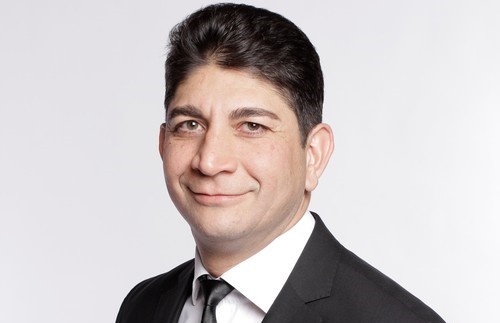 Vodacom says it will be able to launch 5G services in South Africa this year with the help of its recent roaming agreement with Liquid Telecom, which will give it access to 5G spectrum.

The news came out of Vodacom's group trading update for the quarter ended December 31, 2019, published on Tuesday morning.

"Having been the first network to commercially launch 5G in Africa through Vodacom Lesotho, we expect to be able to launch 5G services in South Africa this year. This is possible thanks to a recent roaming agreement with Liquid Telecom, as 5G spectrum is largely unassigned in South Africa," said Vodacom Group CEO Shameel Joosub in the trading statement.

The group said it had signed a roaming and managed services agreement with Liquid Telecom during the quarter and that "Liquid will roll out a 5G network which Vodacom will manage on behalf of Liquid".

"This agreement will allow Vodacom to offer customers a leading connectivity experience at a time when most 5G spectrum is yet to be assigned. 5G services are currently being trialled ahead of a commercial launch during this year," Vodacom said.

Last month, Liquid Telecom confirmed it was launching a 5G wholesale roaming service in South Africa: It is able to do that because it holds a license for spectrum in the 3.5GHz band, which can be used to deliver 5G services. (See Liquid Telecom to Launch First 5G Wholesale Roaming Network Service in SA.)

South Africa's spectrum licensing process is still dragging on, even after a positive move from the Independent Communications Authority of SA (ICASA) when it published an Information Memorandum on the licensing of high-demand spectrum in November last year. The memorandum included plans for the licensing of spectrum bands for both 4G and 5G services, but a date for a possible spectrum auction has still not been set. (See SA Spectrum Licensing: What You Need to Know.)

"Looking ahead, customers can expect to experience the benefit of our revised roaming deal with Rain, which will further expand our 4G capacity in an environment where delays in assigning available spectrum will constrain capacity for all networks," Joosub added. (See Vodacom Eyes Link With Rain, Liquid Telecom to Offer 5G FWA.)