Why Microsoft's Cloud Burst Is a Game Changer 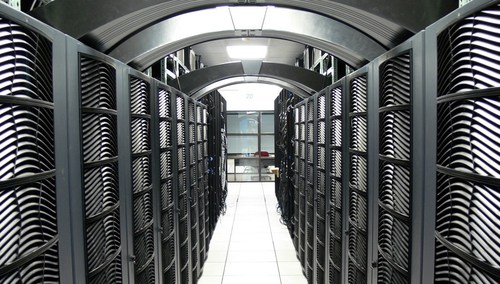 It had become an uncomfortable ritual at industry events in Africa for representatives of the world's largest cloud providers -- Microsoft, Google and Amazon Web Services -- to be pestered with probing questions about the absence of an African region on their cloud services maps. The questions have grown more hostile over time, as each announcement of a new cloud region elsewhere further highlights the glaring lack of dots on the African portion of the providers' maps.

On May 18, Microsoft finally addressed the clamor. The company announced that it would start delivering Microsoft Cloud Services from two data centers located in Johannesburg and Cape Town in 2018, making available a full suite of services including Microsoft Azure, Office 365 and Dynamics 365. (See Microsoft Plans Cloud Services Launch in Africa in 2018.)

The launch of two cloud data centers in Africa should bring new momentum to the expansion of cloud services in the region. Microsoft's move is a triple validation, in our view:

1. It's a validation of the South African colocation infrastructure: Technically, Microsoft will not "build" new greenfield data centers -- it will colocate its cloud infrastructure in existing data centers in Johannesburg and Cape Town. It is no accident that South African data centers are now good enough to meet the high standards of global cloud providers. South Africa is Africa's largest data center colocation market, accounting for around 52% of Africa's available colocation space. Eight of the top ten African data centers (by size) are in the country, and the high standards of service are now largely unquestioned. By colocating, Microsoft shifts its investment from capex to opex and improves the business case of its African cloud offering, not unlike what it is asking its customers to do in adopting cloud services.

2. It suggests that connectivity price points are becoming increasingly comfortable for cloud services: Research for our upcoming report on the African data center colocation market shows that perhaps even more than power (which is enough of an obstacle), the cost of connectivity is the most significant obstacle to a faster adoption of cloud services in Africa. During the past five years, the South African market has experienced sharp declines in the cost of international capacity: The cost of metro fiber connections, long a bottleneck, continue to fall; 10Gbit/s links and cross-connects are now available at relatively affordable prices; and on the access front, Johannesburg and Cape Town are Africa's most penetrated FTTH markets.

3. Microsoft's launch of an African cloud region also provides some validation for the potential of cloud services in the region -- notably the hybrid cloud: For all the hostile questions their representatives have faced over the years, the web-scale providers' decision was always underpinned by economics. The numbers never really added up -- and now it appears they do. Particularly noteworthy is the fact that Microsoft's approach to cloud services in Africa has traditionally emphasized hybrid cloud services, partly to leverage Microsoft's penetration of enterprises with Office 365, and largely because that's where the real enterprise money is. Microsoft's launch of an African cloud region will accelerate both the hybrid and public clouds -- but hybrid appears to have a leg up.

By contrast, the above also highlights why we shouldn't expect to see cloud regions sprouting all over Africa. The challenge of world-class data center colocation, the cost of connectivity and a variety of other factors mean that for the most part, the economics still do not add up. Only Kenya, Egypt and to some extent, Tunisia currently come close to meeting the exacting requirements of international cloud providers.

Your move, AWS!
Also intriguing is the pressure Microsoft's move has now put on AWS to respond in kind. To be sure, the African cloud is a small fraction of providers' public cloud revenues (less than 2%, by our estimates). But Africa is a fast-growing market with non-negligible symbolic value when it comes to highlighting the transformational impact of cloud services. In turn, we generally expect AWS to make a similar announcement within the next six months, if only for the sake of their representatives at African cloud conferences.