The Battle for the African Cloud 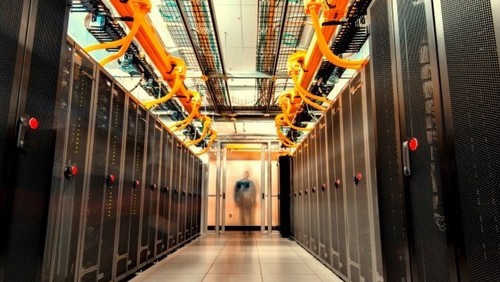 Africa is emerging as a lively battleground for global cloud providers.

Final frontier
Africa has been something of a final frontier for the hyperscale cloud providers. While public cloud services have long been available, Africa-based users had to connect to servers in Ireland, the UK or France to access them, with all the attendant issues around latency and data sovereignty.

Microsoft has just opened the doors to its South African data center facilities.

Africa is a tricky place for cloud services, to be sure. Many countries don't have broadband infrastructure and speeds adequate and affordable enough to support reliable cloud service usage. Where cloud services are built upon a reliance on third-party providers, provider distrust is deeply ingrained in many African enterprises, having been nurtured by decades of failing underlying infrastructure, promises not kept, and service level agreements (SLAs) often barely worth more than the paper they're written on.

Where the public cloud thrives on an open, decentralized Internet, many African governments profess a preference for a more centralized, monitored model -- and a few are prone to shutting down the Internet altogether.

Compelling reasons for an Africa cloud push
But these shortcomings also point to considerable opportunity. There are compelling reasons for an Africa cloud push. For one, Africa's economic weight is not entirely negligible: the continent is home to 16% of the global population and around 5% of global GDP. Africa's enterprise and wholesale services markets are worth more than US$10 billion a year, according to Xalam Analytics. The region boasts more than 400 companies generating an annual revenue higher than $200 million, 1,000+ corporates generating more than $50 million in yearly sales, 5 million formal SMEs, and thousands of cloud-native startups. Notwithstanding Africa's current weight in global providers' income statements, it's a depth of opportunity than cannot be dismissed outright.

Further, global cloud providers must follow their customers. The ability to offer global scale and reach is a core value proposition for public cloud providers, and a "global" proposition that doesn't properly account for Africa isn't feel complete. By our estimates, the number of broadband Internet connections in Africa reached close to 430 million at the end of 2018. Africa is one of the fastest-growing markets for Facebook and WhatsApp, Microsoft's Skype, and other Internet players. Netflix formally launched services in Africa in 2015; Spotify in 2018; others, from Dropbox to Uber, are expanding in the region as well. China's African presence is extensive, and well-documented.

Can Huawei win the African cloud?
Huawei's African cloud push is thus understandable -- but it will face a multitude of challenges. For one, it comes at a precarious time, amidst charges of spying and latent efforts by the US government to dissuade Western governments (and companies) from buying Huawei 5G gear. We don't expect those considerations to be materially impactful in the African context, where the perception of China is broadly positive, and most governments assume they're being spied on by somebody in any event. Huawei Stew Hits Boiling Point.)

In our view, Huawei's challenges in the African cloud space will be predominantly tied to the structure of African enterprise demand and the nature of competition. While Huawei has been successful selling to telecoms carriers, selling to the African corporate customers, SMEs and tech-savvy startups that are driving African cloud spending is another game altogether.

Huawei's cloud approach will thus bear watching for emphasis -- whether it aims to sell its Huawei cloud to enterprises as an alternative to Azure, AWS, IBM or Google Cloud, or whether it opts to merely provide the platform through which its traditional carrier customers can play in the cloud space.

Competition is another significant hurdle. Huawei Cloud will face formidable African competition from Azure and AWS in the public cloud. Microsoft boasts an extensive managed service provider (MSP) built over more than a decade of selling enterprise software. Oracle and IBM are similarly entrenched in pockets. Huawei will also face a considerable challenge from VMWare, whose technology speaks to regional preferences for private cloud options and enables the Africa-focused cloud offerings of hundreds of local managed service providers.

Huawei's game: Patience, and going where others dare not go
While those challenges are considerable, Huawei has shown it can be patient and flexible. We see two primary pockets of opportunity for Huawei in the African cloud. The first is in the African public sector, where decision-making on large IT deals is often directed from the highest levels of government. By our estimates, the public sector accounts for around 25%-35% of Africa's enterprise spend. In some smaller markets, the public sector is a top-two source of enterprise IT expenditure. Huawei's African government relationships are strong, and the company has built government data centers in at least five African markets.

Another opportunity for Huawei is outside of South Africa, the region's largest cloud market. In particular, Huawei can go hard for high-potential markets where its Western rivals fear to tread, or do so gingerly, for a variety of otherwise understandable reasons ranging from a lack of adequate infrastructure to tight privacy laws. Huawei's announcement that it would offer its cloud services from Egypt falls within this approach. Along the same lines, we largely expect Huawei to be one of the first global cloud providers to build a public cloud platform out of Nigeria.

Whatever the case, the battle for the African cloud is only starting, and it promises to be intense.