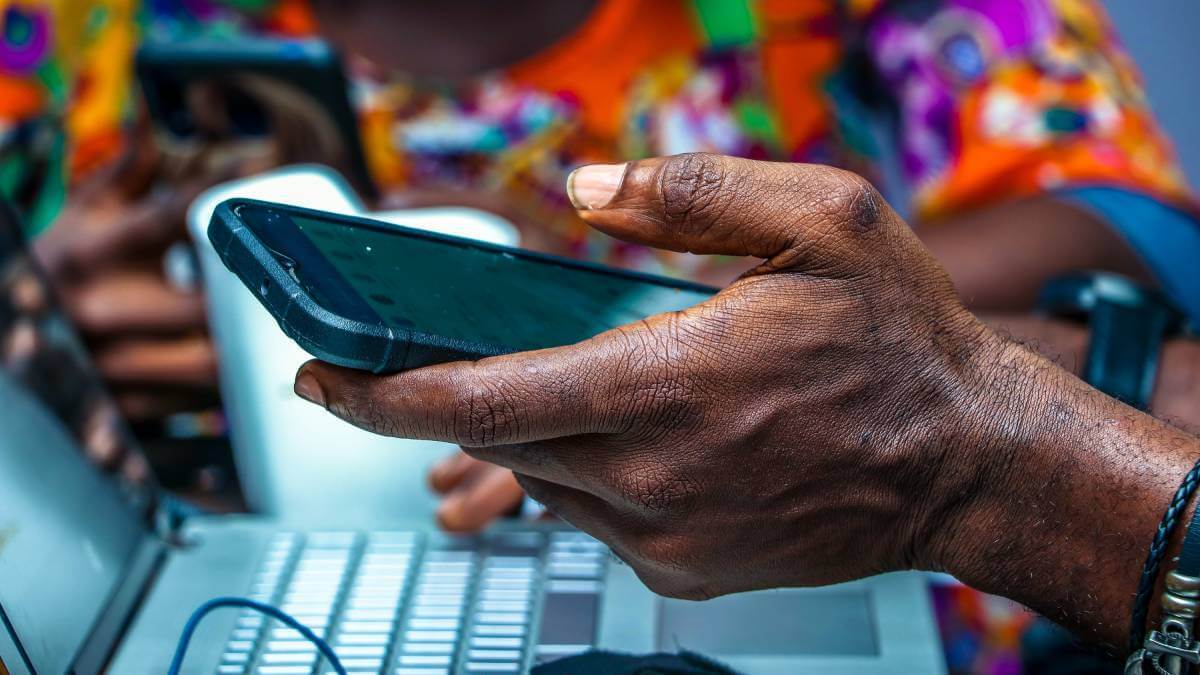 About 50% of Nigeria's population is using the Internet and around 90% of the total population have mobile phones.

This according to the Digital 2021: Nigeria report from DataReportal.

The report said that, as of January 2021, Nigeria had a population of 208.8 million, and about 104.4 million were Internet users, giving a mobile penetration rate of 50%. Of those, 93.3% accessed the Internet via a mobile phone.

DataReportal said that the number of Internet users in Nigeria increased by 19 million, or 22%, between 2020 and 2021. 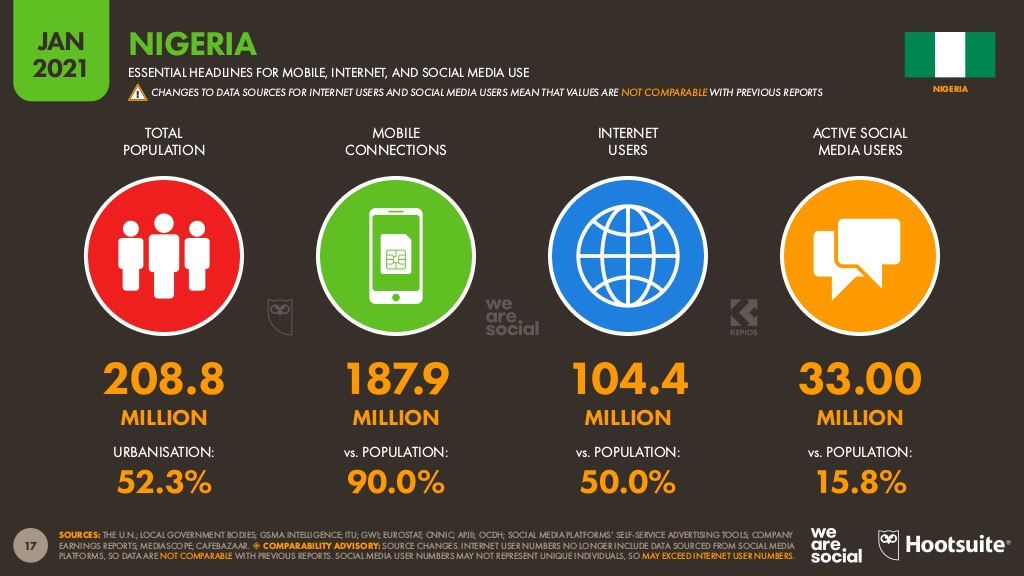 Nigeria's penetration rate was also higher than the West Africa regional average of 42%.

The stats also need to be viewed in the context of Nigeria's young population with 38.6% of people under the age of 13.

In West Africa there is a 96% mobile penetration rate while Southern Africa's rate is 163% and East Africa is just 62%.

However, researchers did point out that many Nigerians have more than one mobile connection, so penetration numbers may look higher than they really are. Also, many of those phones are feature phones that may not be Internet enabled, which is why the Internet penetration numbers are lower. 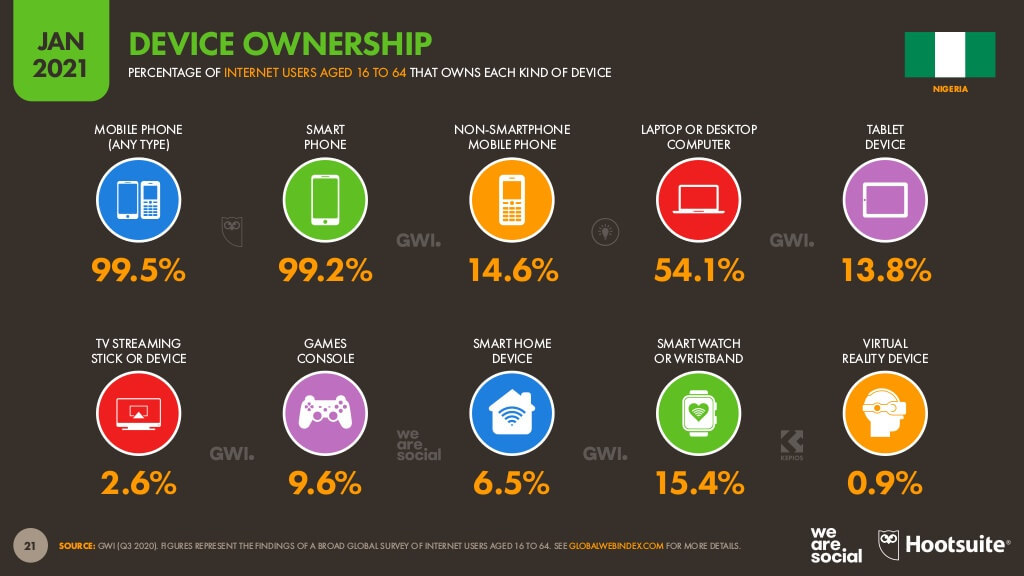 In that age group the average daily time that Nigerians spend on the mobile Internet is 4 hours and 55 minutes.

Looking at social media users, only 15.8% of Nigerians were using social media, or 33 million people.

The number of social media users in Nigeria did however increase by 22% over the past year, adding an extra 6 million users.

On average in West Africa, about 16% of the population use social media. 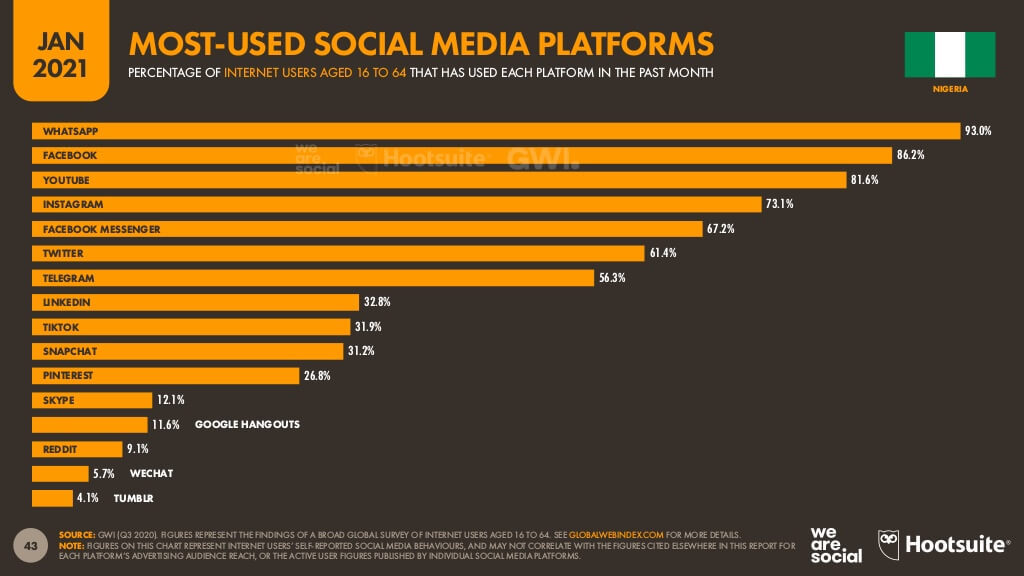