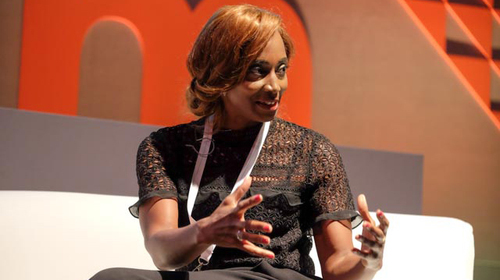 Bisila took part in our Leaders In Africa Headliners Keynotes on the second day of AfricaCom, presenting on "Entrepreneurship in the XX1 Century -- The Role of Women's Leadership in Africa."

We sat down with Bokoko to chat about her background and experience with the UN, fueling entrepreneurship and female empowerment on the African continent, and to hear her advice to those looking to step into the world of business. Check out the video below.

If you are interested in the transformative power of innovation and entrepreneurship on the African continent, why not attend AfricaCom 2017?

Africa's biggest and most influential tech and telco event will be taking place between the November 6-10, 2017 at the CTICC in Cape Town, South Africa. Find out more here.