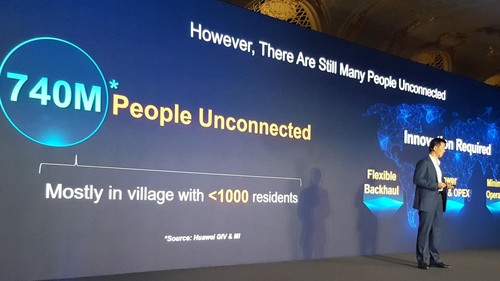 The RuralStar solution has been on offer from Huawei for some time and has been deployed in more than 110 networks in 52 countries around the world.

But there are still a lot of people in the world without access to mobile data or voice services  according to Peng Song, a senior marketing executive at Huawei's Carrier Business division speaking at a pre-Mobile World Congress media briefing in London this week, there are still 740 million unconnected people in the world, most of them living in villages with a population of less than 1,000.

Huawei's Peng Song lays out the story behind RuralStar Lite at a London media briefing.

Now the vendor has developed RuralStar Lite, a smaller, cheaper version of its remote connectivity solution that has some interesting operational options.

The Lite version is smaller and more compact than its predecessor -- it is only 6 meters high -- and costs a lot less too, according to the vendor, which says the capex outlay for a RuralStar Lite solution is US$20,000 compared with U$50,000 for the original RuralStar solution. 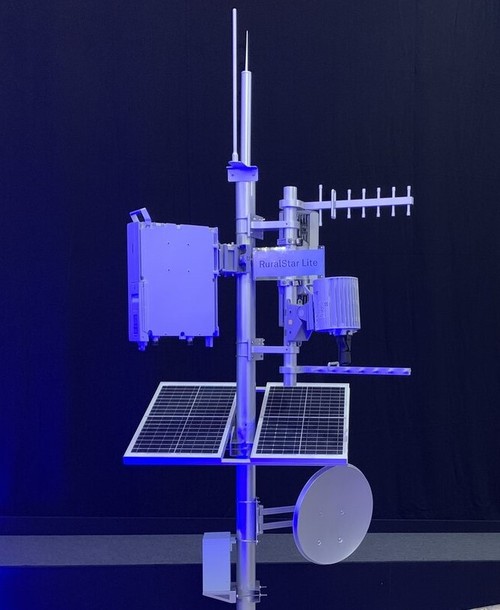 The RuralStar Lite unit basked in blue light during an unveiling at a media briefing in London.

The Lite version is connected to the wider world via either satellite connectivity or 4G/LTE backhaul and is powered by solar. Huawei believes that a mobile operator can get a return on its investment in the unit within two years by offering services to people who currently are cut off from the world's communications networks.