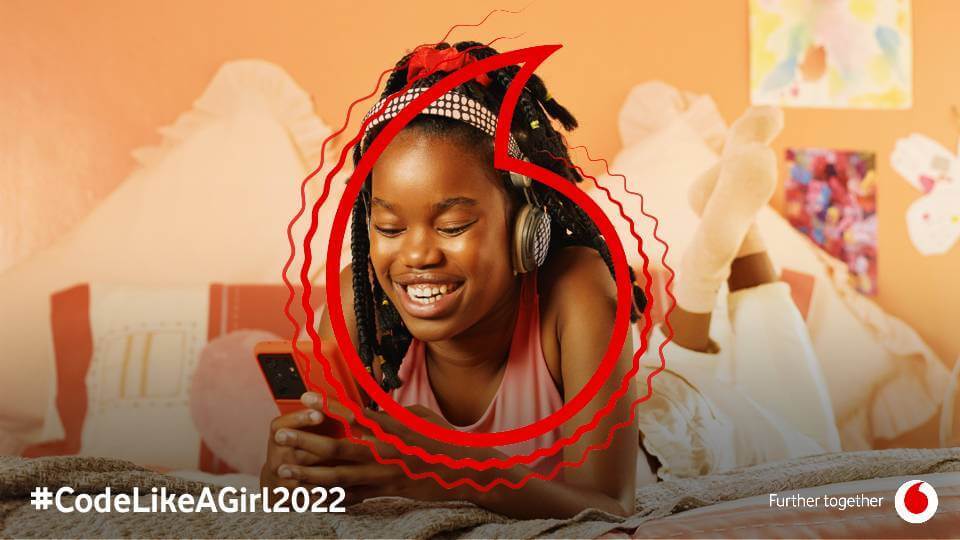 Vodacom says it plans to train 1,500 young girls in coding during this financial year, bringing the number of girls trained through its #CodeLikeAGirl program to 4,000 since 2017.

The #CodeLikeAGirl program was launched in 2017 in Tembisa, South Africa – teaching coding skills to 20 girls from schools in the area. Since then, it has expanded to Mozambique, Tanzania, Democratic Republic of Congo and Lesotho, training thousands of young women locally.

Vodacom says the program doesnt only help develop coding skills, but also teaches girls valuable life skills, under the guidance of accomplished mentors who are passionate about technology.

A Unesco report, titled: "Cracking the code: Girls and women's education in STEM," found that only 35% of STEM students in higher education globally are women. Young women also comprise only 3% of students in engineering or information and communication technology (ICT).

"The gender disparity in STEM is alarming, especially since these are the jobs of the future. By teaching high school girls how to code, we're opening their eyes to sequential thinking around problem-solving and stimulating creativity and design skills," said Njabulo Mashigo, HR director for Vodacom South Africa, at the launch of the 2022 edition on Monday in Johannesburg.

Mashigo said it was important to address the underrepresentation of women and girls in STEM education and careers and said Vodacom had seen the difference #CodeLikeAGirl can make, which is why it is growing the program each year.

During the two-week training course, the high school pupils will be exposed to computer languages, robotics and development programs, including HTML, CSS, GitHub and Version control, Bootstrap and JavaScript, Basic Computer and Introduction to Coding.

By the end of the program, each girl will be able to develop their own websites and present their work to the rest of their coding class.

"The world is becoming increasingly reliant on digital technology, which is why coding skills are so prized. With digital transformation, we are seeing a higher demand for jobs with STEM skills, such as coding. Median wages in STEM careers are more than double that of non-STEM occupations. STEM careers are also expected to grow at more than double the rate of other occupations soon.

"Most people arent aware that half of all computer programming positions are in industries such as finance, healthcare and manufacturing. Coding has become such a critical skill that it elevates a candidates chances not only of landing positions but also of commanding higher salaries," concluded Mashigo.

*Top image is the banner for the 2022 #CodeLikeAGirl program. (Source: Vodacom).