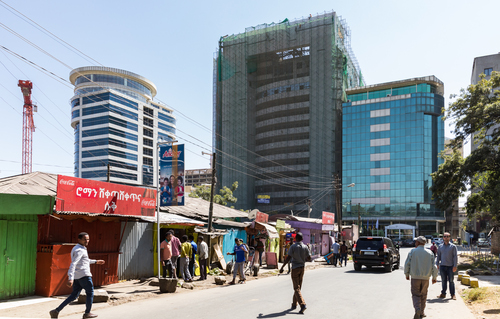 Ethiopia plans to award two new telecoms licenses and sell a minority stake in state-owned Ethio Telecom early next year as part of the government's plans to open up the country's telecoms sector to privatization.

A statement on the Ethiopian Ministry of Finance's website indicates that the government plans to partly privatize national operator Ethio Telecom while granting licenses to newcomers in order to improve competition in the telecoms services sector.

"The Government plans to complete partial privatization and awarding of licenses during the first quarter of 2020," the statement said.

The privatization will be carried out through a competitive bidding process.

"Furthermore, the Government has determined that two new operators will be allowed to enter into the market and compete with Ethio Telecom."

The move also aims to improve and expand telecom services to underserved areas in the country, which is in line with the Ethiopian government's goals of achieving universal coverage for its people.

Ethiopia is planning to award two new telecoms licenses in the first quarter of 2020.

In June 2018, Ethiopia became the continent's most sought-after investment opportunity for mobile operators after the government said it would allow private domestic and foreign investment in state-owned telecoms, aviation, shipping and power companies after decades of state control.

Paris-based Orange, South Africa's MTN, UK-based Vodafone and Etisalat of the United Arab Emirates have all expressed interest in expanding their African footprints into Ethiopia. (See Orange in Talks to Enter Ethiopia.)

With more than 102 million inhabitants, Ethiopia has one of the world's fastest-growing economies.

"Privatization of the telecommunications sector will also facilitate Ethiopia's push towards a digital economy by closing gaps in digital infrastructure. It will also enable the introduction and expansion of new technologies. Moreover, it is anticipated that improved quality, higher speed and expansive telecommunications infrastructure will play an important role in preparing the country for high tech industrialization," the Ministry said.

"As the country develops its digital infrastructure new business opportunities are expected to emerge, creating jobs for the youth. A priority for the government will be to prepare the youth for a fast-paced digital economy by developing training programs, through private sector participation, on opportunities through digital transformation."

The Finance Ministry said that Ethio Telecom, which has about 60 million customers, is also going to be structured into two operating divisions: an infrastructure division and a services division.

The government believes the structure will provide greater cost transparency and enable the negotiation of fair and transparent open access contracts with new operators.

The government has also strengthened the country's regulatory structure by enacting the Communications Service Proclamation, which establishes a new independent telecom regulatory authority. The Ethiopian Communications Authority (ECA) has the responsibility to administer, monitor and enforce the telecommunications regulations and issue licenses for existing and new operators.