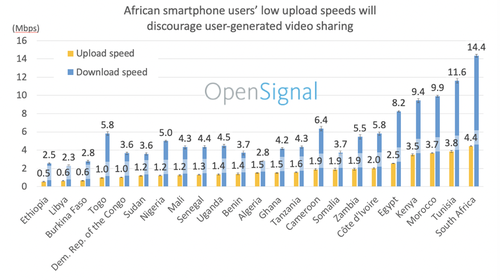 The mobile broadband experience of smartphone users across Africa is variable, "even for countries with similar 4G availability," according to the results of new research from mobile analytics specialist OpenSignal.

There are many reasons for the diverse user experiences, including the capacity of backhaul transport links that carry data traffic to and from cell sites, the number of users connected to a cell and the volume of video traffic in a cell, notes Fogg.

Here's how a number of African markets fared in OpenSignal's tests, which were undertaken during the final four months of 2018: 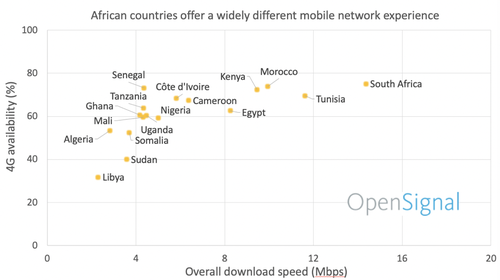 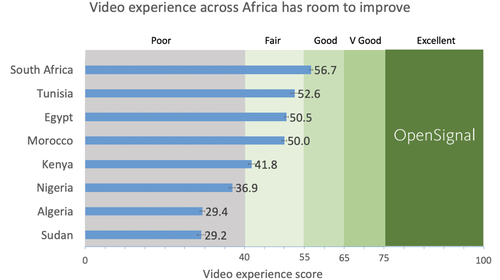 As the chart shows, the "mobile video experience scores across Africa are relatively low, ranging from poor in Nigeria, Algeria and Sudan, to good in South Africa," notes Fogg. "While consumers may have fewer alternative ways to consume digital video in Africa, operators will find enormous potential to differentiate their mobile service using mobile video across the continent because of the increased role of mobile in consumers' lives," he added.

Fogg suggests that as their 4G reach and capacity grows, mobile operators across Africa should promote "video sharing" as well as "video consumption" to attract new customers.