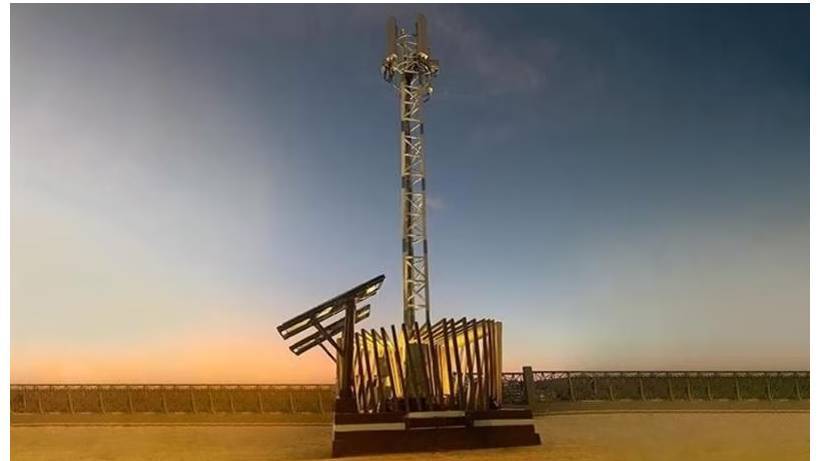 Telecom Egypt and Huawei Technologies have announced the activation of what they are calling Africa's first eco-friendly wireless network tower made of fiber-reinforced polymer (FRP).

Huawei said in a statement that Telecom Egypt is the first operator in Africa to install this type of green tower.

"The material used for building the tower emits less CO2 than steel, the alternative. Highly resistant to wind and high temperatures, the tower is approximately 18m high, with a special camouflage fence made of environmentally friendly materials. It supports wireless network antennas and radio units featuring the latest energy-saving technologies and partially powered by solar cells," the Chinese vendor said.

Telecom Egypt MD and CEO Adel Hamed said the implementation of this type of mobile site in Egypt "is unprecedented."

These new technologies also contribute to improving the signal quality by about 20%, compared to regular antennas. This means that fewer basestations need to be installed, resulting in a lower environmental footprint and an additional step toward environmental sustainability, Hamed added.

Want to know more? Sign up to get the weekly Connecting Africa newsletter direct to your inbox.
Liu added that energy solutions for green sites depend on passive cooling, which eliminates the need for air conditioning, and leads to a 47% reduction in energy consumption compared to sites with equipment rooms.

The site is also fitted with solar panels providing about 2 kilowatts of energy, leading to an additional 20% reduction in carbon dioxide emissions.

*Top image is of a wireless network tower made of fiber-reinforced polymer. (Source: Huawei)